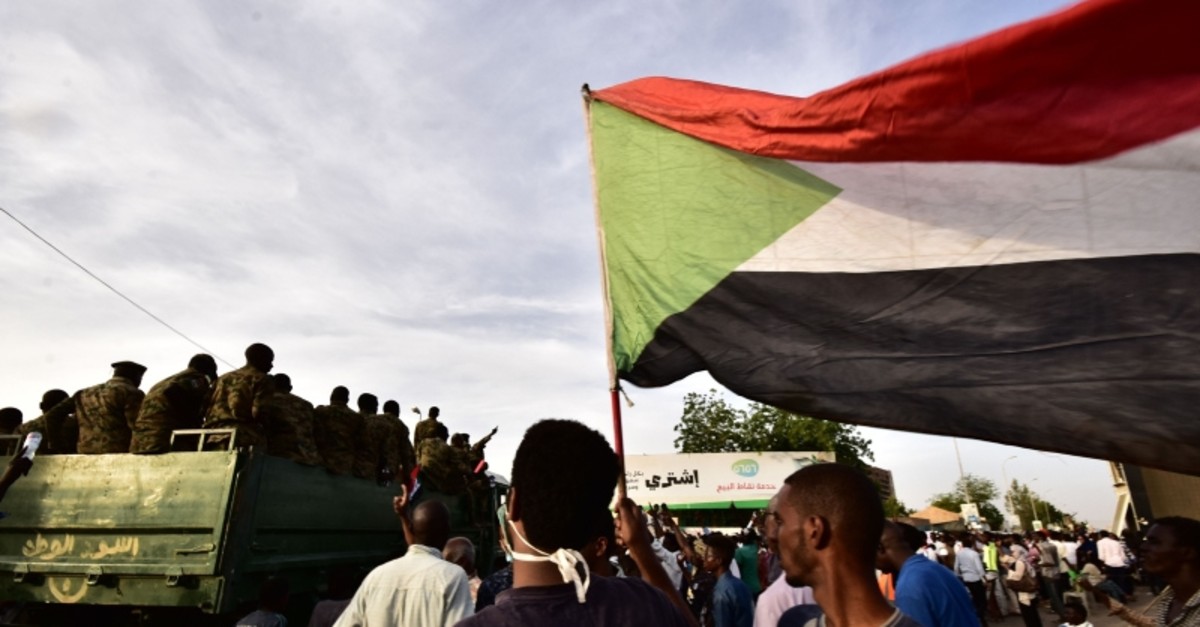 Sudanese demonstrators gather as an army vehicle drives by, near the military headquarters in the capital Khartoum on April 14, 2019. (AFP Photo)
by Compiled from Wire Services Apr 14, 2019 10:05 pm

Sudan's military council said Sunday that the country's national intelligence and security service was being restructured and it was sacking its ambassadors to Washington and Geneva.

"The chief of the military council appointed Lieutenant General Abu Baker Mustafa as the chief of the National Intelligence and Security Service," Lieutenant General Shamseddine Kabbashi told reporters. In order to increase accountability, anti-corruption measures would also be strictly enforced and public order laws would be reformed, matching some of the demands of protestors.

"We urge all people to cooperate together to overcome the crises facing the country," he said.

Kabbashi also said that bread, wheat, oil and gas would be supplied to the people following pledges from the international community. The rising cost of living was one of the main reasons for the months of protest that led to the end of former President Omar al-Bashir's 30 years in power.

Al-Bashir's political party, the National Congress Party, will not be allowed to participate in the transitional talks, the spokesman said.

The head of the military council that replaced Bashir, who was ousted on Thursday after three decades in power, has said a civilian government will be formed after talks with the opposition in Sudan.

A sit-in in the Sudanese capital, which began on April 6, was the culmination of a protest movement that began nearly four months ago, triggered by a worsening economic crisis.