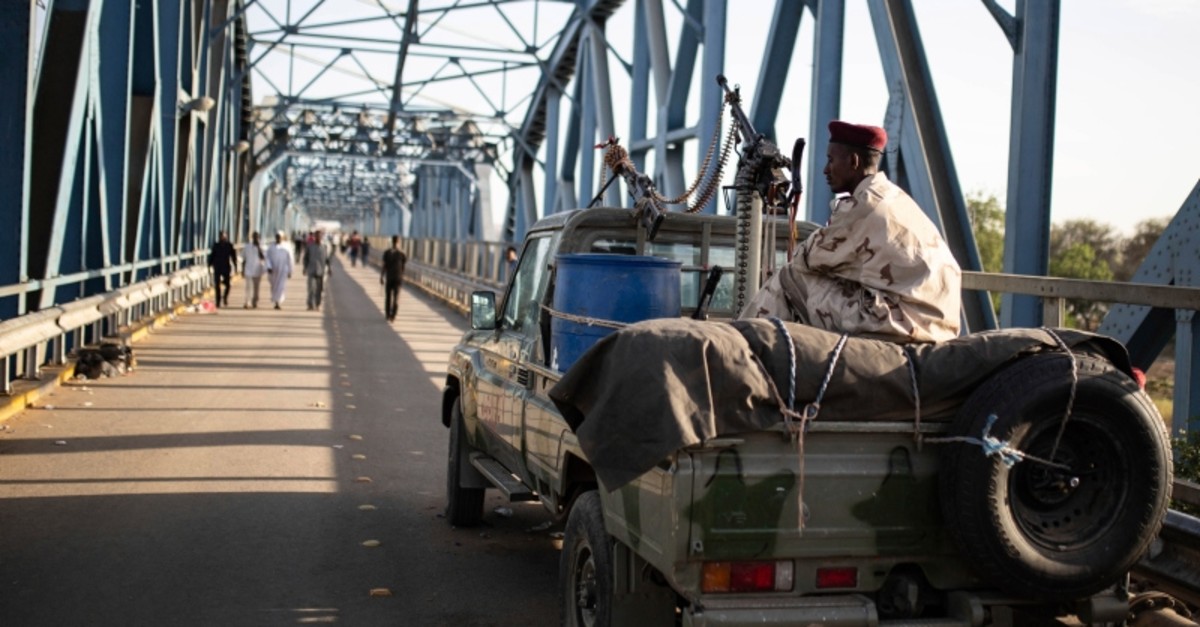 Rapid support forces guard the entrance of the military headquarters during a sit-in protest outside in Khartoum, Sudan, Saturday, April 20, 2019 (AP Photo)
by Anadolu Agency Apr 21, 2019 9:56 am

The Sudanese military had deposed President Omar al-Bashir, who has ruled Sudan since 1989, following months of popular protests against his rule.

The military also established a military council to run the country for a transitional period of two years.

Daqlo has refused to join the transitional council, saying his forces would continue to work to maintain Sudan's unity under the umbrella of the armed forces.

"I have decided not to join the military council until the people's demands are fulfilled," he said on Saturday.

Abdel-Fattah Burhan, president of Sudan's ruling MTC, lifted the curfew as soon as he took office and promised commitment to human rights and a timetable for a civilian government.