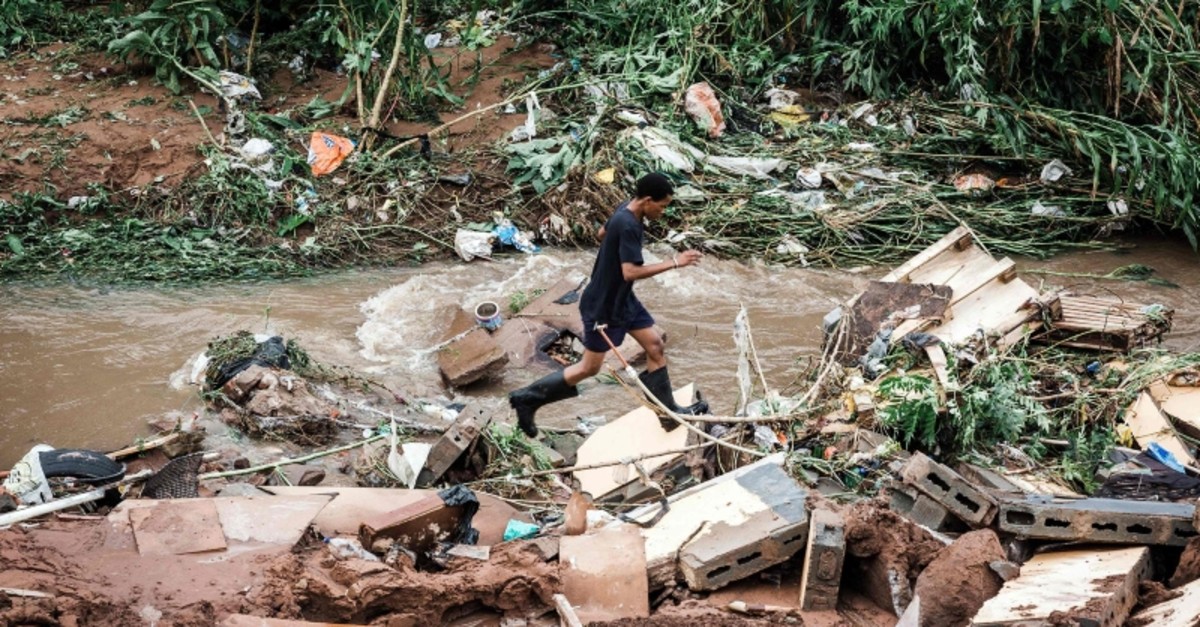 A man tries to retrieve some of his furniture at an informal settlement of BottleBrush, south of Durban, after torrential rains and flash floods destroyed his home on April 23, 2019. (AFP Photo)
by Daily Sabah with AFP Apr 24, 2019 8:02 pm

Devastating floods in South Africa have left at least 60 dead and forced more than a thousand people from their homes, officials said Wednesday as President Cyril Ramaphosa flew to the deluged region.

Heavy rains have lashed the southeast of the country, tearing down homes and ravaging infrastructure in KwaZulu-Natal and Eastern Cape provinces.

Speaking to the affected Amanzimtoti community in Durban, after returning from emergency African Union talks in Egypt on the crises in Libya and Sudan, Ramaphosa said "there are more than 1,000 people who are now displaced." 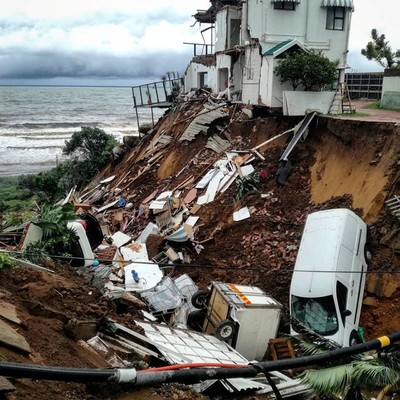 He raised concerns about Free State province north of KwaZulu-Natal, saying that continuing downpours there were causing "risky situations."

The government will set aside emergency funding to help survivors rebuild their lives, Ramaphosa vowed.

The government released an official death toll of 51 earlier on Wednesday, rising from 33 on Tuesday.

For safety reasons, schools and some businesses were shut in the affected areas.

South African military personnel have been dispatched to help rescue and evacuation efforts.

The South African Weather Services warned that more heavy rain and gale force winds were expected, which could threaten low-lying bridges and roads.