55 dead after fuel tanker truck explodes near crowd in Niger 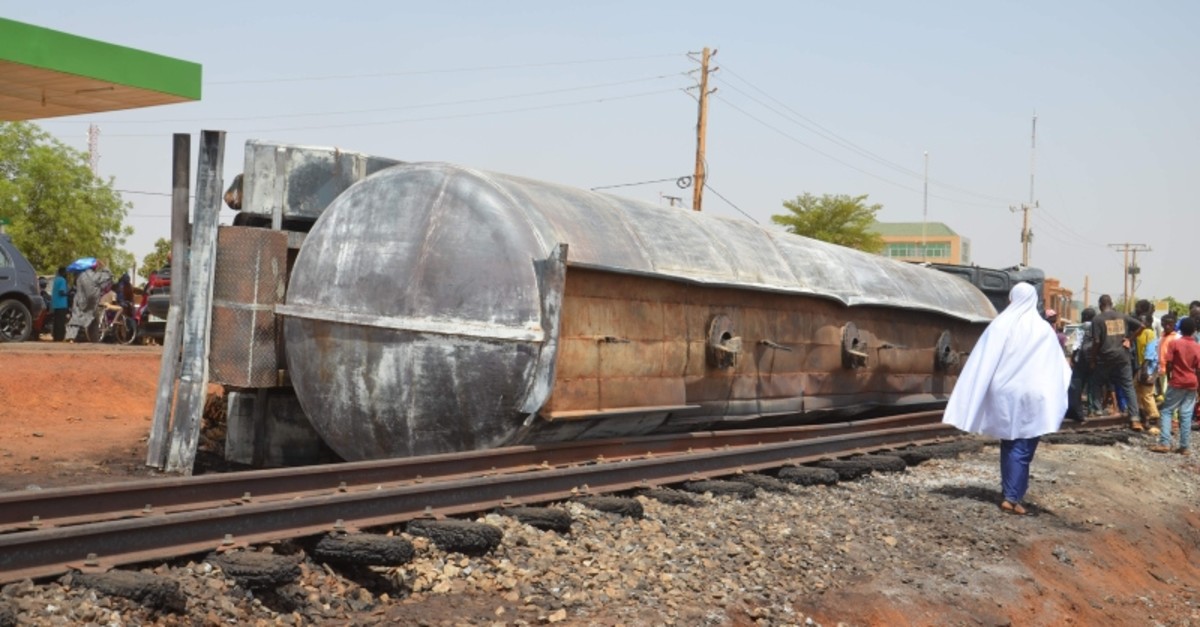 Residents look at a calcined tanker truck after an explosion which killed more than 55 people near the airport of Niamey on May 6, 2019. (AFP Photo)
by Compiled from Wire Services May 06, 2019 4:37 pm

Authorities in the West African nation of Niger say at least 55 people are dead after a tanker truck filled with fuel exploded near the country's main airport.

President Issoufou Mahamadou called the explosion a "national tragedy" after visiting a hospital where dozens were wounded, some with serious burns. The death toll was expected to rise as doctors said some were in critical condition.

Authorities believe the explosion took place after the tanker truck flipped over near a gas station. A crowd of people came to try and collect the fuel that leaked out as a result of the accident.

Witnesses said people were trying to collect petrol leaking from the truck, which had overturned on railway tracks, when the explosion happened.

"It just before midnight when I went out and I saw the truck overturned. People came from everywhere to take gas, then I saw fire on its side and everything burst into flames," a college student told AFP.

Scores of people have died in similar accidents in West Africa as impoverished people risk their lives to collect fuel leaking from pipelines or trucks.

Niger, a poor West African country, has been trying to stamp out fuel smuggling from neighboring Nigeria.

Nigeria, a major oil producer, has seen similar deadly accidents and explosions in the past when people try to steal fuel from oil pipelines.