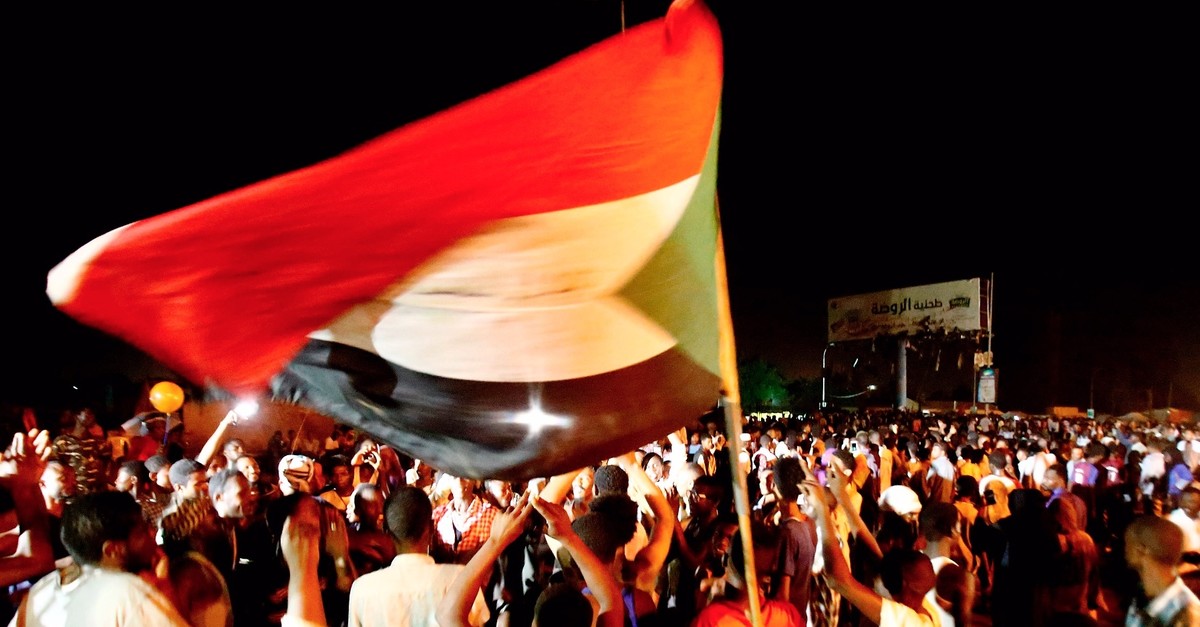 Sudanese gather during a demonstration outside the army headquarters in Khartoum, May 30, 2019.
by Compiled from Wire Services
Jun 03, 2019 12:04 am

At least two people have been killed and 10 wounded in the Sudanese capital, Khartoum when shots were fired near the site of a protest sit-in.

Sudan's main protest group blamed the violence on the Transitional Military Council (TMC), saying that it is part of a plan to violently clear the protests. "The killing and intimidation on Nile Street is just a prelude to committing a massacre to end the sit-in by force," the Sudanese Professionals Association (SPA) said in a statement late on Saturday. Tensions are mounting between the TMC and an alliance of protest and opposition groups who want a quick handover of power to civilians. Thousands of demonstrators in Sudan have attempted to stop security

forces from closing down the main street outside the military headquarters in Khartoum. The head of the central Khartoum military region said on Thursday the protest site "has become unsafe and represents a danger to the revolution and the revolutionaries and threatens the coherence of the state and its national security."

The army ousted former President Omar al-Bashir in April after months of protests against his autocratic rule, including a sit-in by tens of thousands of protesters outside Khartoum's military headquarters. But the generals, backed by key regional powers, have resisted calls from protesters to hand over power to civilians. Thousands of protesters remain camped outside army headquarters, demanding the generals step down. Before suspending talks last week, protesters and the generals had agreed on several key issues, including the three-year transition and the creation of a 300-member parliament, with two-thirds of lawmakers coming from the protesters' umbrella group. But negotiations stalled as protest leaders insisted a civilian must head the new sovereign council, with civilians making up the majority of its members, proposals which are rejected by the military.