14 lions on the loose outside South Africa's Kruger park 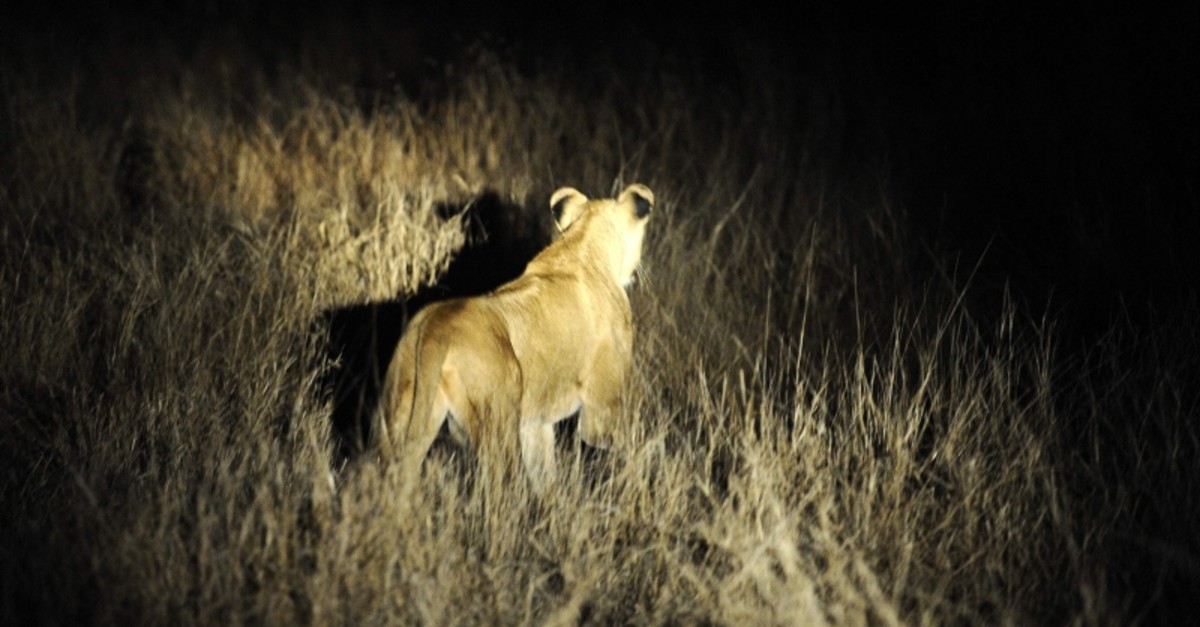 In this July 19, 2011 file photo, a lioness stands in the light after a night patrol exercise with the South African National Defence Force (SANDF) company against poachers in the Kruger National Park. (AFP Photo)
by French Press Agency - AFP
Jun 07, 2019 8:14 pm

A pride of 14 lions is on the loose near a mining community bordering South Africa's Kruger National Park, officials said Friday, and warned members of the public to be alert.

The lions have been spotted roaming around the Foskor phosphate mine outside the town of Phalaborwa on the western boundary of the famed wildlife park, which is fenced in.

But a disagreement broke out what to do with the big cats, which are being monitored by a team of rangers until a new home is found where they cannot run into humans.

Officials from the Limpopo provincial government said the lions had escaped from the Kruger park and should be taken back.

But a Kruger spokesman said the big cats were not from the park and could not be moved there as well-established prides would drive them out.

"The widely reported pride of lions seen recently in the mining area outside Phalaborwa is not a known pride from the Kruger National Park," spokesman Ike Phaahla said in a statement, adding this meant they were the responsibility of provincial authorities.

"It has been reported that this pride has been residing for more than a year within the Foskor Phalaborwa Mining Company and direct adjacent areas," said Phaahla, adding there were elephants and buffalo aplenty for the lions to eat.

"The lion population within the Greater Kruger is very healthy, growing, and the suitable habitats occupied. It would therefore be unwise to relocate a lion pride in the territory of an existing pride," he said.

A meeting this week between local government and park officials agreed to capture the lions and find a suitable location to place them.

But Phaahla said any pride moved to the Kruger "will continually break out as other dominant lions will chase them out."

Until the matter is settled, he warned, "there is a danger to members of the public who are working in the area.

"There is the possibility of wildlife-human conflict, so people have to be careful," he told SABC public television. "We need to identify a park where they can be taken and establish their own area."

In an online statement, the provincial department of environment and tourism advised Foskor Mine employees and residents in the area "to be alert at all times."

Earlier this week, a leopard killed a two-year-old boy inside a fenced-off staff compound in the Kruger.

A team of rangers hunted down two suspected leopards and shot them dead to avoid the risk of a repeat.