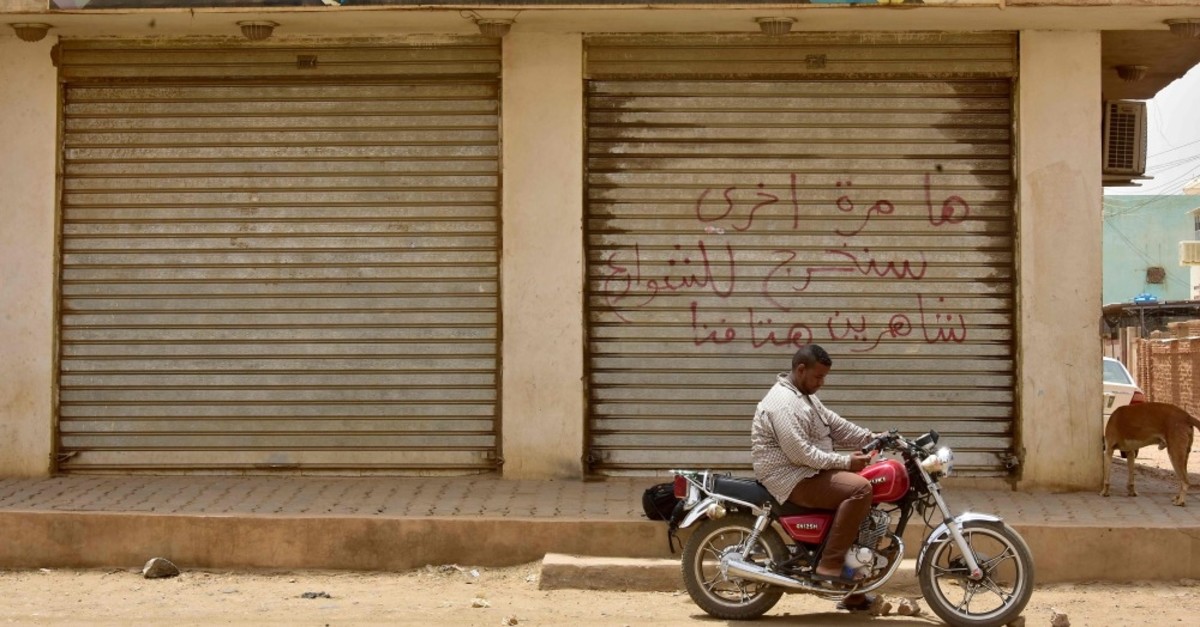 Sudanese protesters defied ongoing military violence and vowed to continue their campaign of civil disobedience Sunday after security forces stormed a protest camp last week, killing dozens and dealing a blow to the hopes for a peaceful transition after President Omar al-Bashir's ousting in April.

Shops were closed and streets were empty across Sudan on Sunday, the first day of a general strike called for by protest leaders demanding the resignation of the ruling military council. The Sudanese Professionals Association (SPA) had called on people to stay home starting Sunday, the first day of the work week, in protest of the deadly crackdown last week, when security forces violently stormed a protest camp, killing dozens and dealing a blow to hopes of a peaceful transition after al-Bashir's ousting in April.

The raid came after weeks of wrangling between the military council that took over from al-Bashir and the Declaration of Freedom and Change Forces (DFCF) alliance over who should control a transition leading to elections. Protesters have accused the Rapid Support Forces (RSF), which grew out of the notorious Janjaweed militias used by al-Bashir in the Darfur conflict in the early 2000s, of leading the nationwide crackdown. The Sudan Doctors' Committee, the medical affiliate of the SPA, has called for the force to be disbanded. The SPA said at least three people were killed on Sunday, including a young man who was shot dead by the RSF in Khartoum's Bahri neighborhood. The other two died of their wounds after RSF forces beat them in Omdurman, it said. The committee says 117 people have been killed since Monday. The government has put last week's death toll at 61, including three members of the security services.

Protests first broke out on Dec. 19 in response to the tripling of bread prices, which swiftly turned into nationwide rallies against al-Bashir's three-decade rule. The army ousted al-Bashir in April after months of protests against his autocratic rule. Protesters, who were initially jubilant over the coup, reacted by saying they will not end their nearly weeklong sit-in outside the military's headquarters in central Khartoum until a civilian transition government is formed. But the generals, backed by key regional powers, have resisted calls from protesters to hand over power to civilians. Thousands of protesters camped outside army headquarters, demanding the generals step down. Before suspending talks last week, protesters and the generals agreed on several key issues, including a three-year transition and the creation of a 300-member parliament, with two-thirds of the lawmakers coming from the protesters' umbrella group. But negotiations stalled as protest leaders insisted that a civilian must head the new sovereign council, with civilians making up the majority of its members, proposals that have been rejected by the military.