Khartoum deserted, no solution on horizon 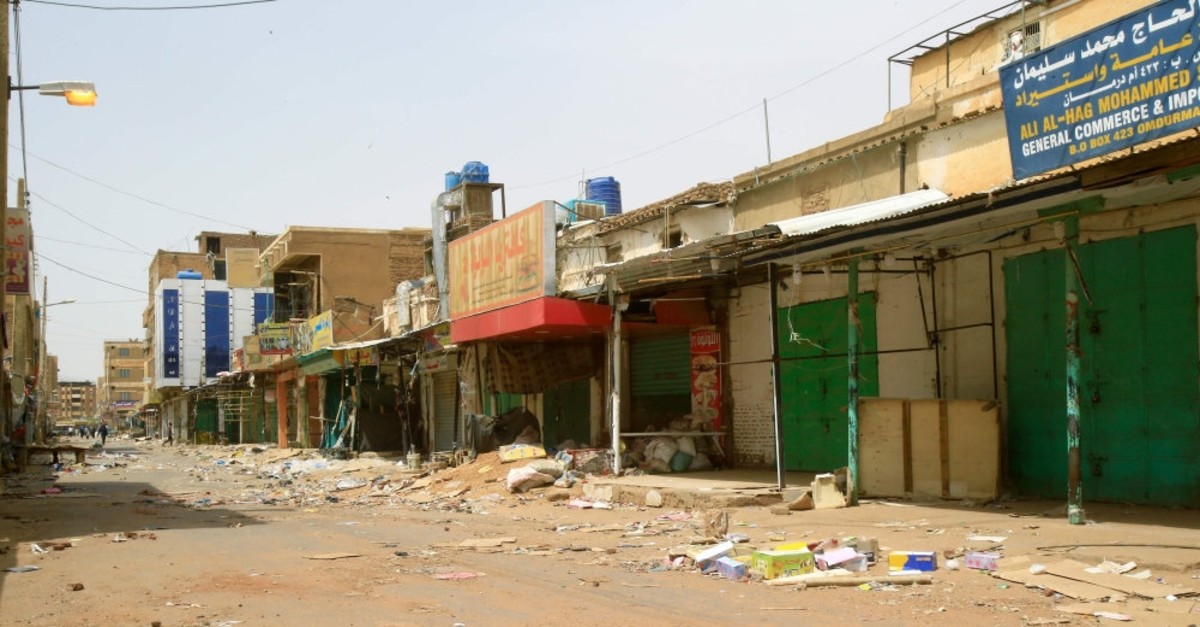 Sudanese people emptied the streets of the capital in fear and as a response to the general strike call. On the other hand, foreigners in the country feel trapped with all air traffic suspended

Sudanese protesters launched a "civil disobedience" movement and a general strike in response to the paramilitary groups' attempt to grab power. Thousands of people took to the streets over the weekend, calling the armed groups to side with the people. In addition, the protesters asked regular citizens to join the general strike as a tool of protesting.

However, the result was dreadful as at least four people died, and the capital Khartoum turned into a ghost city. The protests, which started in January against the increase in oil and bread prices and resulted in the ouster of Omar al-Bashir, Sudan's decades-long autocrat leader, reached another phase. While initially protesters and some military factions allied, now, some paramilitary groups, which receive support from the Gulf, changed their position and therefore the course of the events.

One of the paramilitary groups, the Rapid Support Forces (RSF) refused to reconcile with protesters and ordered troops to open fire on people. Last week, hundreds of people died. While the country's health ministry said the death toll was 63, the actual number, according to the protesters, was more than 100. Dozens of bodies were pulled from the Nile River.

The harsh stance, however, could not dissuade the protesters. An Italian citizen, working for an aid agency in Sudan, told Daily Sabah that the streets were deserted. Speaking on condition of anonymity he said, "There are two reasons behind the empty streets. First, people responded to the strike call. Second, people are in fear."

According to them, the paramilitary groups could launch another attack on people at any time. They underlined that life became much more difficult as "foreigners are trapped in the country and air traffic has been suspended."

An Egyptian, who fled the country due to the mass crackdown of the regime, said, "I was planning to stay in Sudan briefly. But, now, I do not know what to do."

Also speaking on the condition of anonymity, he said, "The revolution attempt here will be similar to other Arab countries," highlighting the fact that in the post-Arab Spring process the Arab countries, including Syria, Libya and Yemen, fell into civil wars while Egypt faced a brutal regime, headed by military officials.

It is not clear how a solution would be found but Ethiopia is willing to play a mediator's role. Sudanese protesters would like Ethiopia to interfere, but the paramilitary factions are reluctant. According to Sudan Tribune, Sudanese Revolutionary Front (SRF) said that "they would seek to meet the Ethiopian prime minister to discuss peace issues and hinted that it would enter into separate negotiations with the transitional military junta in Sudan if the opposition coalition fails to agree on a leadership body." However, he stated that "talks will not work in the absence of armed political forces."