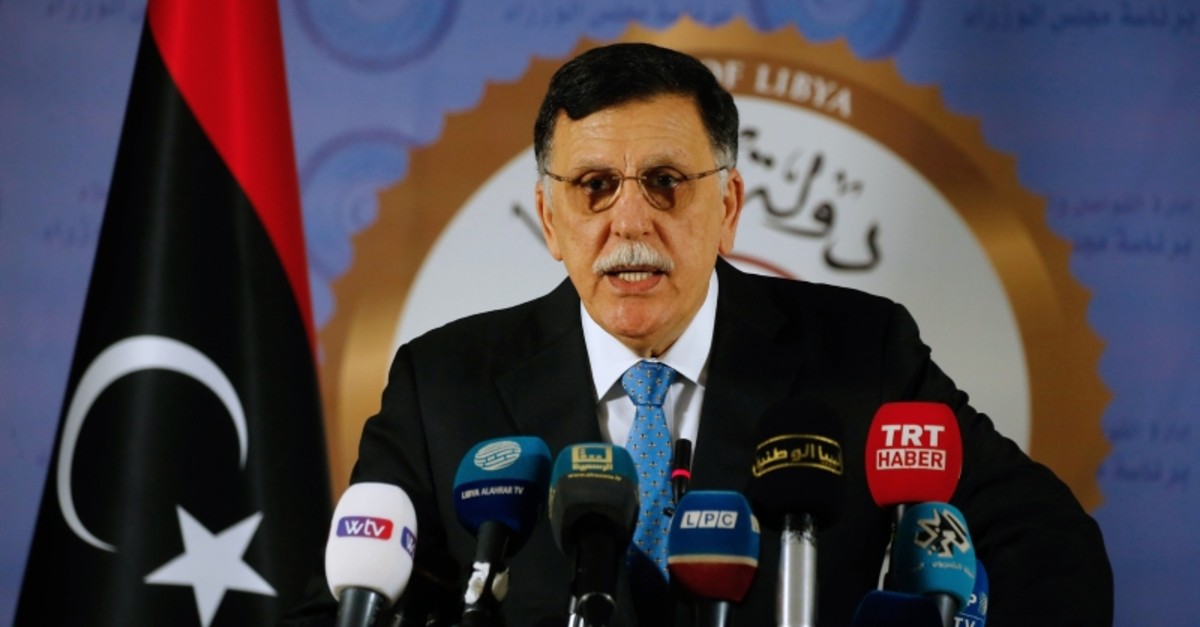 The head of Libya's U.N.-supported government on Sunday proposed holding nationwide elections to end the war in the North African country, as the forces of the rival military commander Khalifa Hifter continue their two-month-long battle to take the capital, Tripoli.

Prime Minister Fayez al-Sarraj told a news conference in Tripoli, the seat of his administration, that he is proposing a "Libyan forum" aimed at finding a peaceful solution to the conflict. The talks would draw up a roadmap for parliamentary and presidential elections to be held before the end of 2019.

There are fears that the battle for Tripoli could ignite a civil war on the scale of the violence after the 2011 uprising that toppled and killed longtime dictator Moammar Gadhafi.

Libya is divided between the weak government of al-Sarraj in the west, and Field Marshal Khalifa Hifter, whose self-styled Libyan National Army holds the east and much of the south. Hifter opened a military offensive on the capital in early April, advancing on the city's southern outskirts and clashing with militias loosely affiliated with the U.N.-recognized government.

Hifter has presented himself as a strong hand who can restore stability. In recent years, his campaign against militants across Libya has won him growing international support from world leaders who say they are concerned the North African country has turned into a haven for armed groups, and a major conduit for migrants bound for Europe. His opponents view him as an aspiring autocrat and fear a return to one-man rule.

Al-Sarraj said all Libyans who "call for a peaceful and democratic solution" would take part in his proposed talks. There would be "no place for those who seek tyranny and dictatorship," he added, while calling on the U.N. to support the forum and to oversee elections. He did not say whether Hifter or his representatives would be included. The two sides last held talks in the United Arab Emirates in February.

Al-Sarraj also demanded an international probe into alleged "war crimes and crimes against humanity," since Hifter launched his offensive. The fighting for Tripoli has killed over 650 people, including combatants and civilians, according the World Health Organization.

The U.N. mission to Libya in a brief statement welcomed al-Sarraj's initiative, describing it as "constructive proposal to advance the political process towards ending Libya's long state of conflict."

A spokesman for Hifter did not immediately answer phone calls and messages seeking comment.

Hifter's forces meanwhile pursued Daesh terrorists in the country's south, killing more than a dozen militants over the past three days, officials said on Sunday.

The officials said that LNA forces began its attack on a militant hideout in the mountainous area of Haruj earlier this week. The officials spoke on condition of anonymity because they were not authorized to brief the media.

Daesh terror group acknowledged the ongoing LNA attack and claimed to have killed and wounded dozens of LNA troops.

The group was driven from Sirte in 2016 and from Derna, another stronghold, earlier this year. However, the terrorists have found refuge in the vast deserts of central and southern Libya, where they continue to stage attacks.