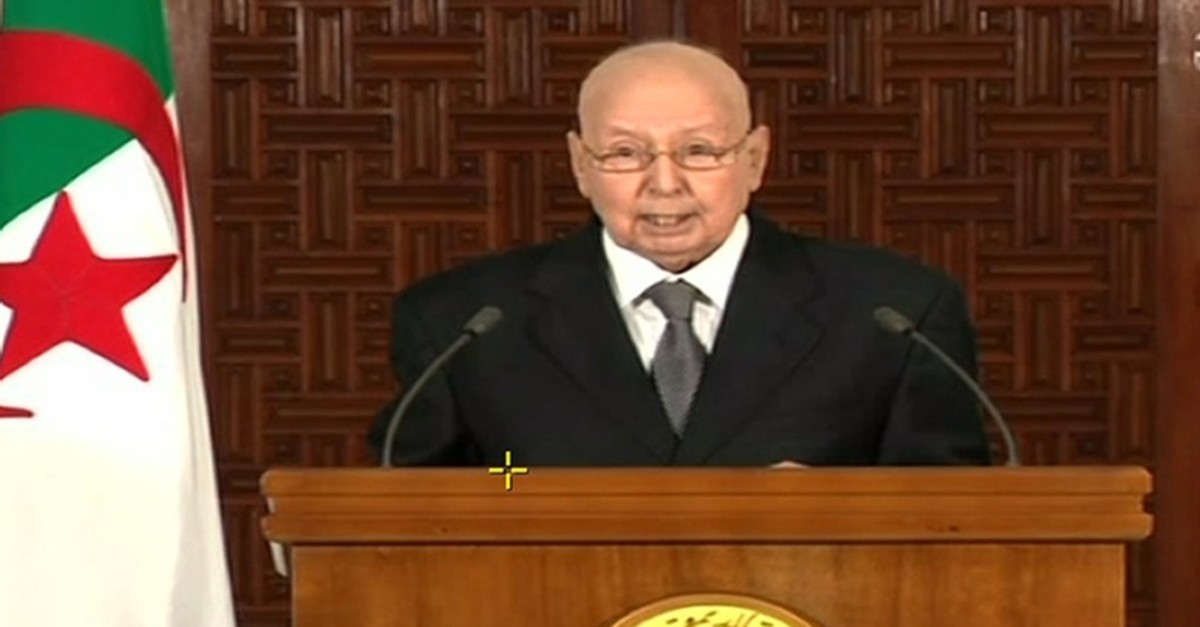 After 20 years in power, President Abdelaziz Bouteflika quit on April 2 under pressure from protesters and the army, but demonstrators are pushing for radical change.

Authorities have postponed a presidential election initially planned for Thursday, extending a transition period led by Bensalah as upper house head according to the constitution.

In a televised speech, Bensalah said a national dialogue should be launched to decide on how to hold presidential elections, without setting a date.

"The dialogue will focus on the strategic goal...the organization of elections," he said.

The army, the country's most influential institution, would not be part of the dialogue, said Bensalah, who has been facing calls from protesters to resign as he was a close ally of Bouteflika.

Protesters, especially youth, are seeking the departure of senior figures, including politicians and businessmen, who have governed the North African country since independence from France in 1962.

Protesters have rejected previous offers from Bensalah for dialogue.

Armed forces chief Lieutenant-General Ahmed Gaed Salah, who has been managing the transition, has called on parties and protesters to meet among themselves to discuss a way out of the crisis.

He also called for the prosecution of officials accused of corruption, sparking arrests of former allies of Bouteflika.