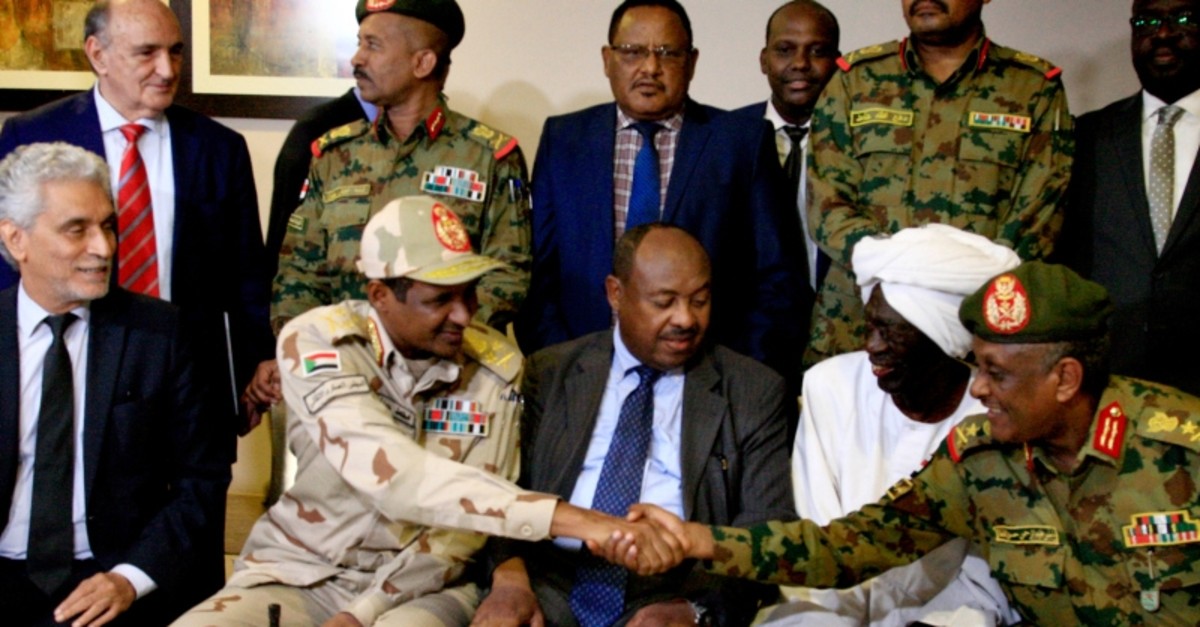 Sudan's ruling military council and the country's pro-democracy movement have reached a power-sharing agreement, including a timetable for a transition to civilian rule, an African Union envoy said early Friday.

Mohammed el-Hassan Labat said both sides agreed to form a joint sovereign council that will rule the country for "three years or a little more." The sides agreed to five seats for the military and five for civilians with an additional seat going to a civilian with military background.

The main opposition grouping Forces for Freedom and Change (FFC) and the military are to take turns at the helm of a sovereign council for a period of three years, state news agency SUNA reported.

He said they also agreed to form a government of independent technocrats led by a prime minister.

"The two sides have also agreed to postpone the establishment of a legislative council until after the formation of the presidential council and cabinet," he added.

Labat also said an independent national investigation committee would be formed to probe the killing of protesters on June 3 in Khartoum.

Leaders of Sudan's pro-democracy movement, which drove longtime dictator Omar al-Bashir from power in April, have welcomed a power-sharing agreement with the ruling military council as a victory for their "revolution."

The Sudanese Professionals' Association, which has spearheaded protests calling for civilian rule, released a statement Friday saying that both parties had agreed to form a joint sovereign council to lead the country's transition.

It said the council will include five civilians representing the protest movement and five military members. An eleventh seat will go to a civilian chosen by both parties.

Of the agreement, the statement said: "Today, our revolution has won and our victory shines."

"We assure the Sudanese people that this agreement will not exclude any group," Mohamed Hamdan Dagalo, deputy chairman of the transitional military council (TMC), was cited by SUNA as saying.

"The agreement represents a key step in the right direction to achieve the revolution's goals," leading FFC member Omer Adigir said, according to SUNA.

Fresh elections are to follow, the report added, and the two sides also agreed to investigate recent violence in the country, which led to dozens of deaths.

Crowds of jubilant Sudanese took to the streets of Khartoum on Friday to celebrate the landmark deal. 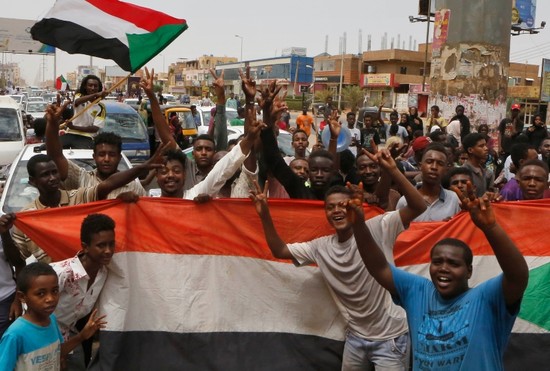 The emerging deal could break weeks of political impasse since the military crackdown on protesters left over a hundred killed last month. The U.N. Security Council strongly condemned the violence.

Talks on a power-sharing agreement had collapsed when security forces razed a protest camp outside the military headquarters in Khartoum on June 3.

The AU and Ethiopia made intensive efforts to bring the generals and the protesters back to the negotiating table.

Negotiations resumed earlier this week, following massive protests last weekend in which tens of thousands of demonstrators flooded the streets of Sudan's main cities in the biggest show of numbers since the razing of the protesters' sit-in camp. At least 11 people were killed in clashes with security forces, according to protest organizers.

The U.N. High Commissioner for Human Rights Michelle Bachelet on Wednesday had called on Sudanese authorities to lift restrictions on the internet and properly investigate all acts of violence and allegations of excessive use of force.

Over 250 people have been killed since an uprising erupted against al-Bashir in December, according to protest organizers. The military overthrew the longtime ruler in April, but protesters remained in the streets, fearing the generals intended to cling to power or preserve some form of authoritarian rule.