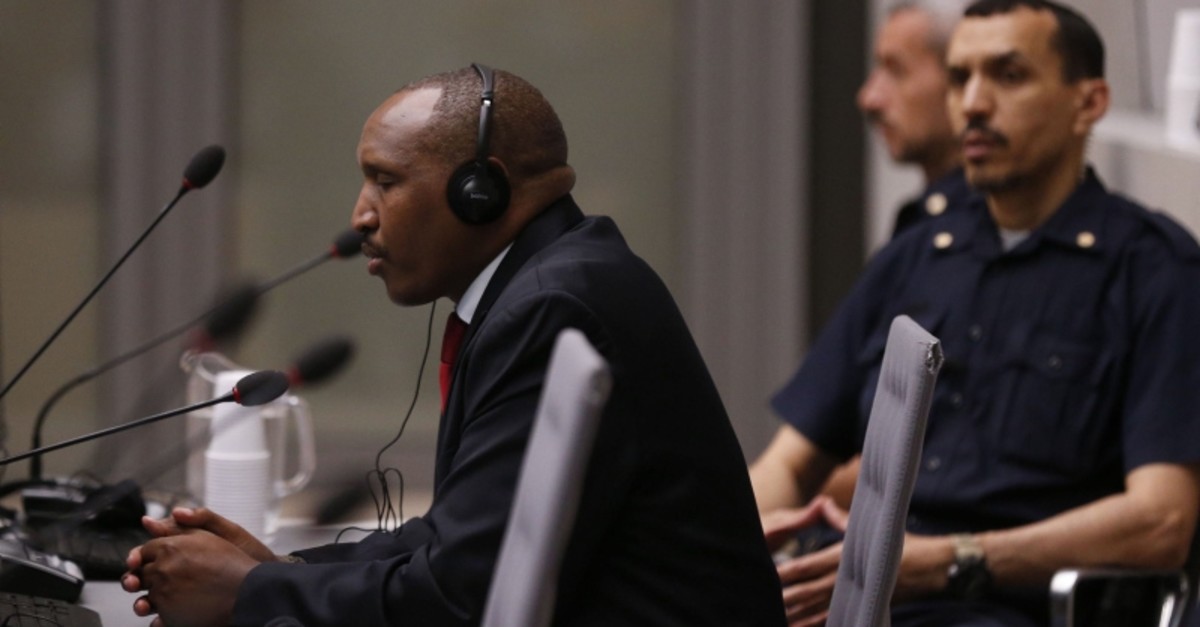 Former Congolese warlord Bosco Ntaganda speaks during his trial at the International Criminal Court (ICC) in The Hague, The Netherlands, on July 8, 2019. (AFP Photo)
by Associated Press Jul 08, 2019 3:51 pm
The International Criminal Court on Monday convicted a notorious rebel commander known as "The Terminator" of 18 counts of crimes against humanity and war crimes including murder, rape and sexual slavery for his role in atrocities in a bloody ethnic conflict in a mineral-rich region of Congo in 2002-2003.

Bosco Ntaganda, who maintained his innocence during his trial, faces a maximum life sentence following his convictions at the global court. He showed no emotion as Presiding Judge Robert Fremr passed judgment.

A separate hearing will be scheduled to determine his sentence. Ntaganda has 30 days to appeal.

Ntaganda was first indicted in 2006 and became a symbol of impunity in Africa, even serving as a general in Congo's army before turning himself in in 2013 as his power base crumbled.

Fremr said that Ntaganda was guilty as a direct perpetrator or a co-perpetrator of a string of crimes including murders, rapes of men and women, a massacre in a banana field behind a building called The Paradiso and of enlisting and using child soldiers.

During his trial, Ntaganda testified for weeks in his own defense, saying he wanted to put the record straight about his reputation as a ruthless military leader.

He was the deputy chief of staff and commander of operations for rebel group the Patriotic Forces for the Liberation of Congo. The force's leader, Thomas Lubanga, was convicted by the ICC in 2012 of using child soldiers. He is serving a 14-year prison sentence.

"The long-awaited judgment provides an important measure of justice for Bosco Ntaganda's victims and puts others responsible for grave crimes on notice," she said. "But renewed violence in eastern Congo highlights the need to address the impunity for other abusive leaders."

Set up in 2002, the court has convicted only four people of war crimes and five more for interfering with witnesses.

Fremr said 102 witnesses testified at Ntaganda's trial, including a woman who survived having her throat slit by Ntaganda's forces. Fremr said Ntaganda himself shot and killed an elderly man serving as a Catholic priest.

"The ICC and Congolese authorities should work together to bring to trial many more of those responsible for grave crimes, including senior officials," she added.