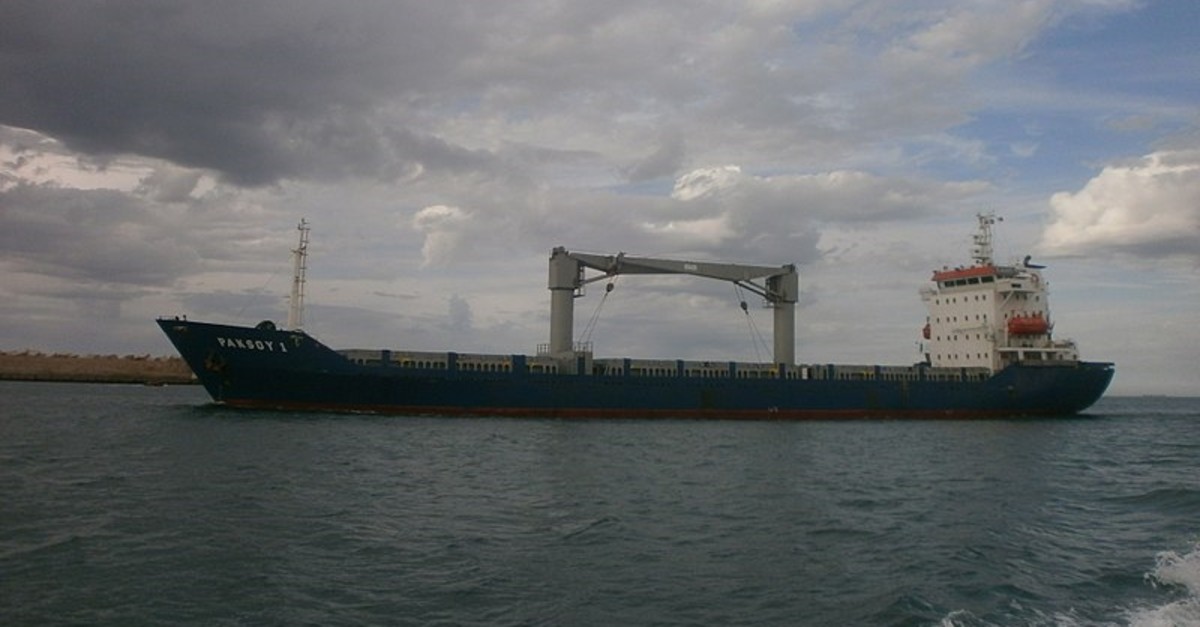 A Turkish cargo ship was attacked by pirates off the coast Nigeria on early Tuesday with 10 sailors, all Turkish nationals, taken hostage for ransom.

According to a statement from the ship operator Kadıoğlu Maritime, the ship named "Paksoy-1" was sailing without freight from Cameroon's port city of Douala to Abidjan in Ivory Coast when the pirates boarded the ship in the Gulf of Guinea in the Atlantic Ocean.

The 8,900 deadweight-ton (Dwt) Turkish-flagged ship was attacked 230 kilometers (124 miles) the town of Brass and communication and navigation equipment were damaged, the statement said.

"No injuries or loss of lives occurred according to initial information. Our efforts continue for the safe and sound release of all of our personnel," it added.

Numan Paksoy, operations manager at Kadıoğlu Maritime, told reporters that there were 18 people aboard the ship and 10 among them were kidnapped. "We contacted those who were not kidnapped and found out that all crew members hid when the assailants boarded the ship. All of them had to come out of hiding when the assailants found some and threatened to kill them if the others did not come out. The assailants then picked 10 sailors at random among all the crew members and let others go."

According to Turkish maritime-related news website denizhaber.net, the 114-meter-long and 17-meter-wide ship was brought to the territorial waters of neighboring Ghana.

A ship from the Ghanaian Navy is sailing close to the abducted ship, the report said, citing Ghanaian officials who were trying to communicate with the pirates for the release of the personnel, including the captain and first mate.

Ömer Çelik, spokesman for the ruling Justice and Development Party (AK Party), said the government was closely following the matter and both the Foreign Ministry and intelligence units were "working on it."

The Turkish Foreign Ministry said in a statement that the pirates abandoned the ship, which was later towed to Tema Harbor in Ghana. The statement said that the ministry was in contact with Nigerian and Ghanaian authorities to secure the release of the kidnapped Turkish citizens.

Armed pirates kidnapped 27 crew members in the first half of 2019, and of nine vessels fired upon worldwide, eight were off the coast of Nigeria, Africa's top oil producer.

An IMB report in April attributed the drop to the Nigerian navy's increased efforts to "actively respond to reported incidents by dispatching patrol boats."