7 relatives of DR Congo Ebola victim placed under surveillance: WHO 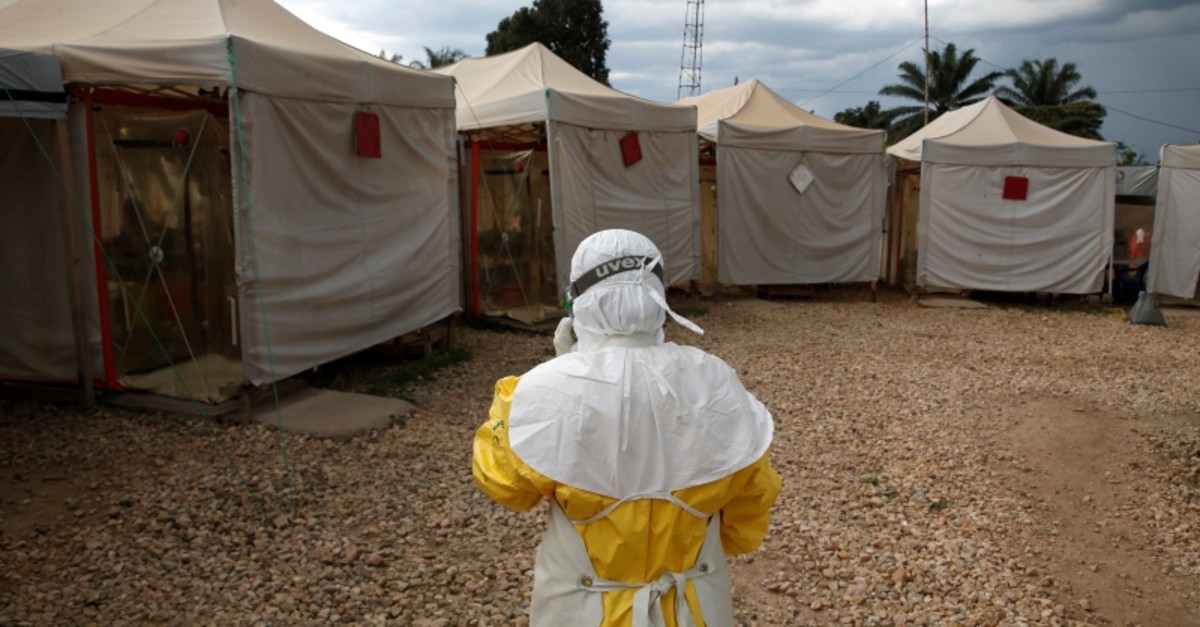 Seven relatives of a gold miner who died of Ebola in eastern DR Congo have been placed under surveillance as a precaution, the World Health Organization (WHO) said Friday.

The seven had sparked a scare on Wednesday after traveling from the city of Goma in North Kivu province to the town of Birava in neighboring South Kivu -- a province that has so far escaped the year-old epidemic.

The group were initially placed in quarantine along with eight people who had come to welcome them, but on Thursday South Kivu Governor Theo Ngwabidje Kasi told the press that the 15 had tested negative for Ebola.

The WHO said the seven, comprising a woman and six of the man's children, had now been taken back from Birava to Goma.

They have been placed under surveillance with other relatives of the dead patient.

"All seven were vaccinated and brought back to Goma. We put them up in a hotel last night and today we put them in an apartment to keep them there for monitoring," Dr Boubacar Diallo, coordinator of Ebola surveillance for WHO, told AFP.

"So far none of the seven has displayed any symptoms."

The miner, who died on Wednesday, was the second Ebola fatality in Goma, the capital of North Kivu province that is the epicenter of the outbreak.

The two deaths, occurring in a major transport hub and a border city of 2 million people, deepened fears the epidemic could leapfrog to neighboring countries.

The miner's wife and one of his daughters have been infected with Ebola and are being treated in a Goma hospital, according to Congolese authorities.

Diallo said the authorities had already traced 282 people who had had contact with the three cases in this family and "almost all" high-risk contacts had been identified.

The epidemic, which broke out in eastern Democratic Republic of Congo on Aug. 1, 2018, has left 1,823 dead, according to health ministry figures released Friday.

The WHO has elevated the outbreak to a global health emergency.

Health experts are especially worried when a contagious disease breaks out in a city.

In an urban setting, density of population, anonymity and high mobility make it far harder to isolate patients and trace contacts compared to the countryside.

The disease is spread by contact with infected body fluids and is fought with laborious techniques of tracing contacts and quarantining them.

The latest epidemic is the second deadliest on record after more than 11,000 people were killed in Guinea, Sierra Leone and Liberia between 2014-2016.