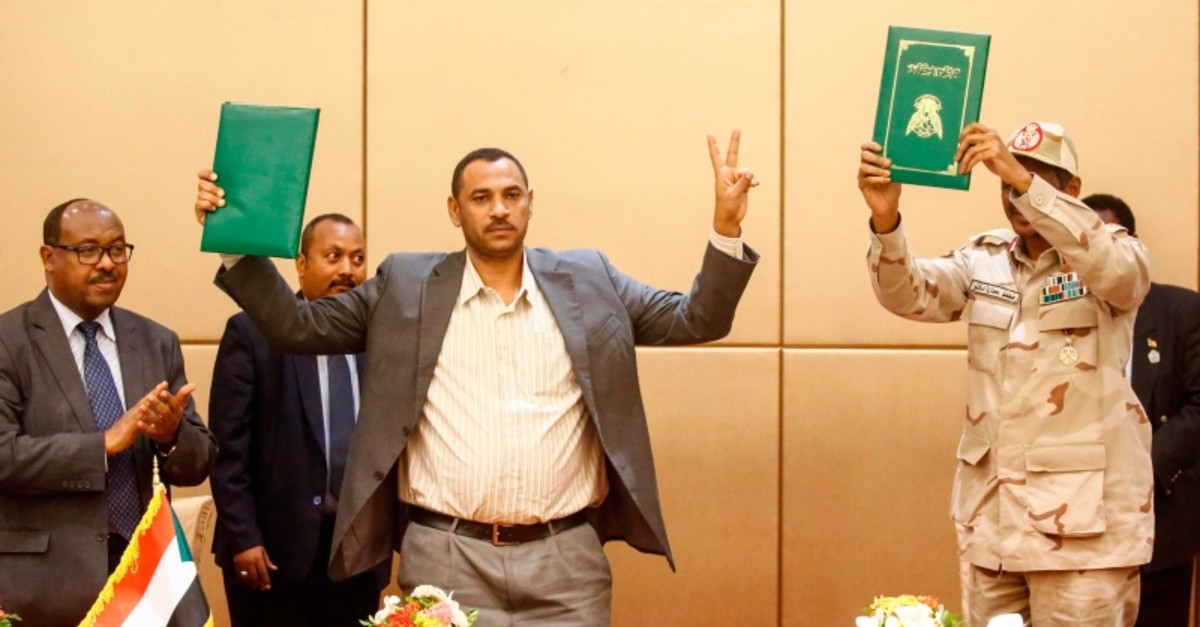 Sudan's pro-democracy movement signed a power-sharing agreement with the ruling military council on Sunday aimed at paving the way for a transition to civilian rule following the overthrow of President Omar al-Bashir in April.

Representatives signed a constitutional document that would establish a joint military and civilian council to rule for a little over three years until elections can be held. The agreement would also establish a Cabinet appointed by the activists, as well as a legislative body.

The military overthrew al-Bashir in April following months of protests against his three-decade-long rule. The protesters remained in the streets, demanding a rapid transition to a civilian authority. They have been locked in tense negotiations with the military for weeks while holding mass protests.

That document provided for the establishment of a joint civilian-military sovereign council. A military leader would head the 11-member council for the first 21 months, followed by a civilian leader for the next 18. There would also be a Cabinet of technocrats chosen by the protesters, as well as a legislative council, the makeup of which would be decided within three months.

The constitutional document signed Sunday is aimed at clarifying the division of powers and settling other outstanding disputes.

The signing was met by a wave of applause in the Khartoum hall as representatives from both sides shook hands.

A formal signing in front of foreign dignitaries is due to take place on Aug. 17, the date on which ousted al-Bashir is due to go on trial on corruption charges, protest leader Monzer Abu al-Maali said.

The following day the generals and protest leaders are expected to announce the composition of the new transitional civilian-majority ruling council, he said.

"Members of the ruling sovereign council will be announced on August 18, the prime minister will be named on August 20 and cabinet members on August 28," Abu al-Maali said.

The two sides came under renewed pressure in recent days after security forces opened fire on student protesters in the city of Obeid, leaving six people dead. At least nine troops from the paramilitary Rapid Support forces were arrested over the killings.

In June, security forces violently dispersed the protesters' main sit-in outside the military headquarters in Khartoum, killing dozens of people and plunging the fragile transition into crisis.

A key point of dispute in the talks had been whether military leaders would be immune from prosecution over the recent violence. It was not immediately clear what protections, if any, would be provided in the agreement singed Sunday.