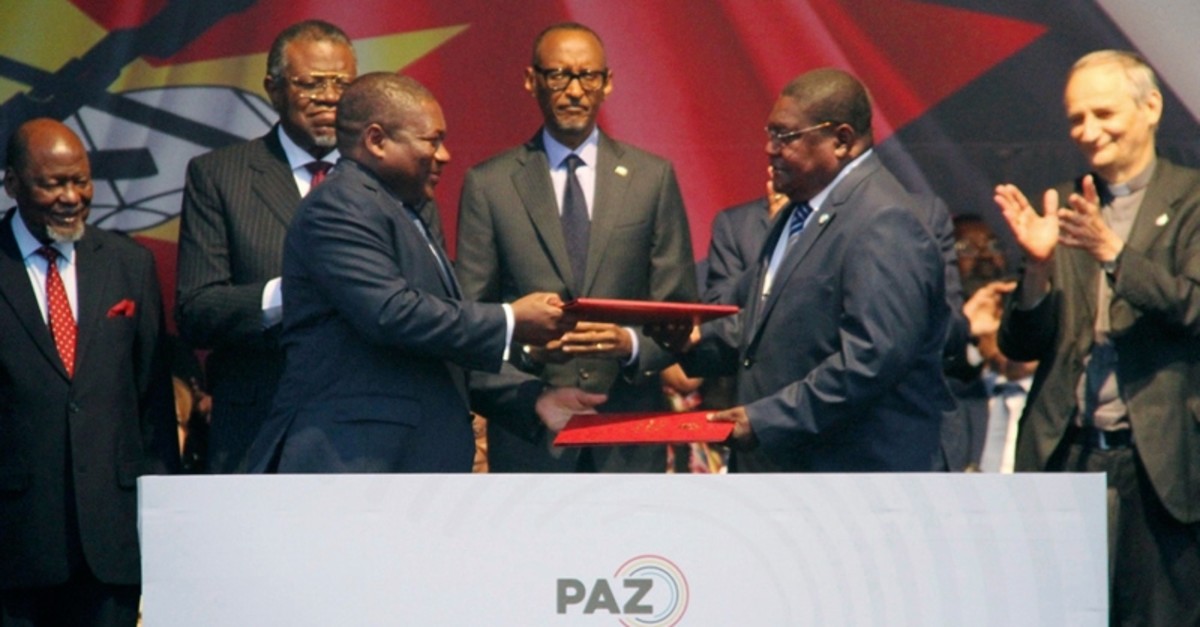 The agreement was signed in the capital, Maputo, between President Filipe Nyusi and Renamo leader Ossufo Momade.

"South Africa's attendance of the signing ceremony in Mozambique is in solidarity with the people of Mozambique and in support of peace and stability in the country," Ramaphosa said earlier in a statement.

The Mozambican National Resistance, popularly known as Renamo, launched a civil war against the ruling Frelimo government in 1975 shortly after Mozambique gained independence from Portugal.

The on-and-off conflict, which lasted for over 15 years, claimed around one million lives.

Analysts say the deal is expected to bring lasting peace to the country, whose natural resources have not be well explored due to the conflict.

"The peace accord and (our) visit presents an opportunity for South Africa to cement its support for peace and reconciliation in Mozambique," Ramaphosa said in a speech at the event.

He said South Africa was part of the initial international mediation process that was set up in 2014 in Mozambique.