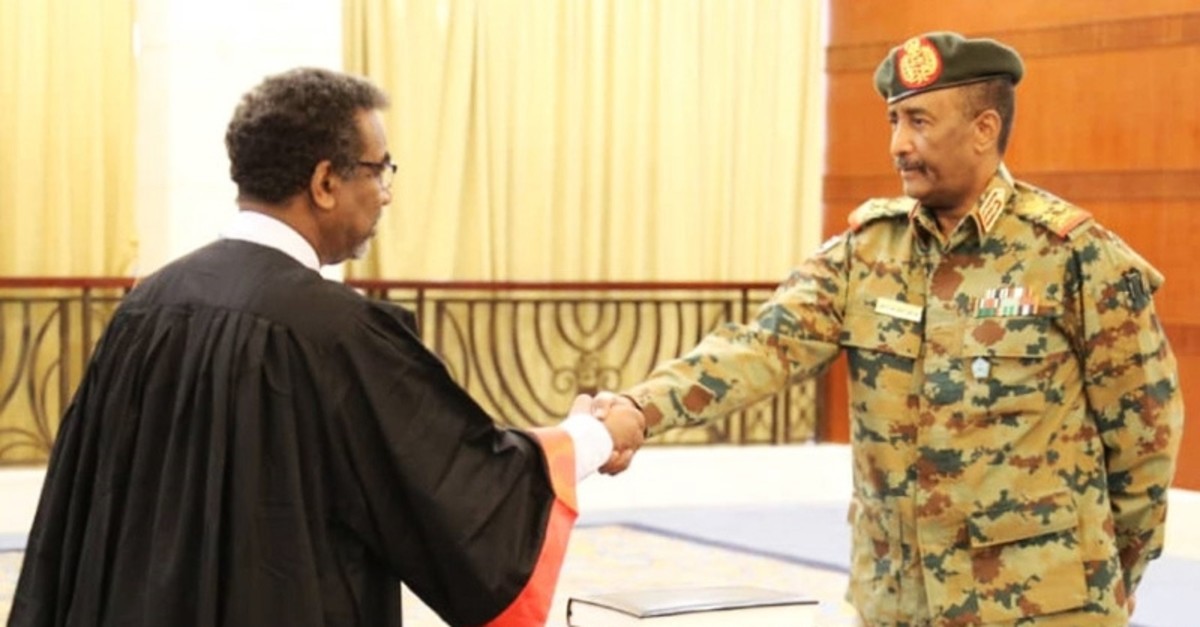 The members of the Sovereign Council, which Burhan will lead, also took their oath of office in the capital, Khartoum.

The ceremony came hours after the Transitional Military Council (TMC) and the country's pro-democracy opposition movement formed an 11-member sovereign council to lead the country through a three-year transitional period toward civilian rule.

Burhan, who chaired the TMC after former president Omar al-Bashir was ousted in an April military coup, has a long-standing military career, with positions as former commander of Sudan's ground forces and inspector general of the army.

Burhan will lead the Sovereign Council for the next 21 months. The sovereign council is composed of five military personnel nominated by TMC, five civilians by FFC, in addition to one civilian candidate to be agreed upon between the two sides.

A civilian will take over from Burhan for the remaining 18 months until 2022, when democratic elections are due.

A prime minister is scheduled to be sworn in Wednesday evening.

The position is expected to be occupied by economist Abdalla Hamdok, who served as finance minister in the 1980s and more recently held positions with the International Labour Organization, African Development Bank and United Nations Economic Commission for Africa.

The sovereign council was formed after a power-sharing deal was signed between the Forces for Freedom and Change (FFC) and the military on Aug. 17, regulating how power is divided.

The deal gives the pro-democracy movement two-thirds of the seats in Sudan's Legislative Council and the power to select the prime minister. The military council will have the power to choose the interior and defense ministers.

The interim government follows months of massive pro-democracy demonstrations in Sudan. The protests initially led to the ousting of al-Bashir, who had ruled the country in north-eastern Africa for three decades.

Protesters continued to call for civilian rule in the wake of his replacement by the TMC.

Born in 1960 in North Sudan, River Nile state, Burhan was the former commander of the ground forces. He was appointed by al-Bashir as an inspector of the national army, a few months before al-Bashir's overthrow.

He is accused by rebel groups of committing atrocities in the conflict-ridden Darfur province in western Sudan as he was the commander of military forces in the Central Darfur State and was one of those responsible for forming the notorious "Janjaweed" militia following the eruption of the conflict in 2003.