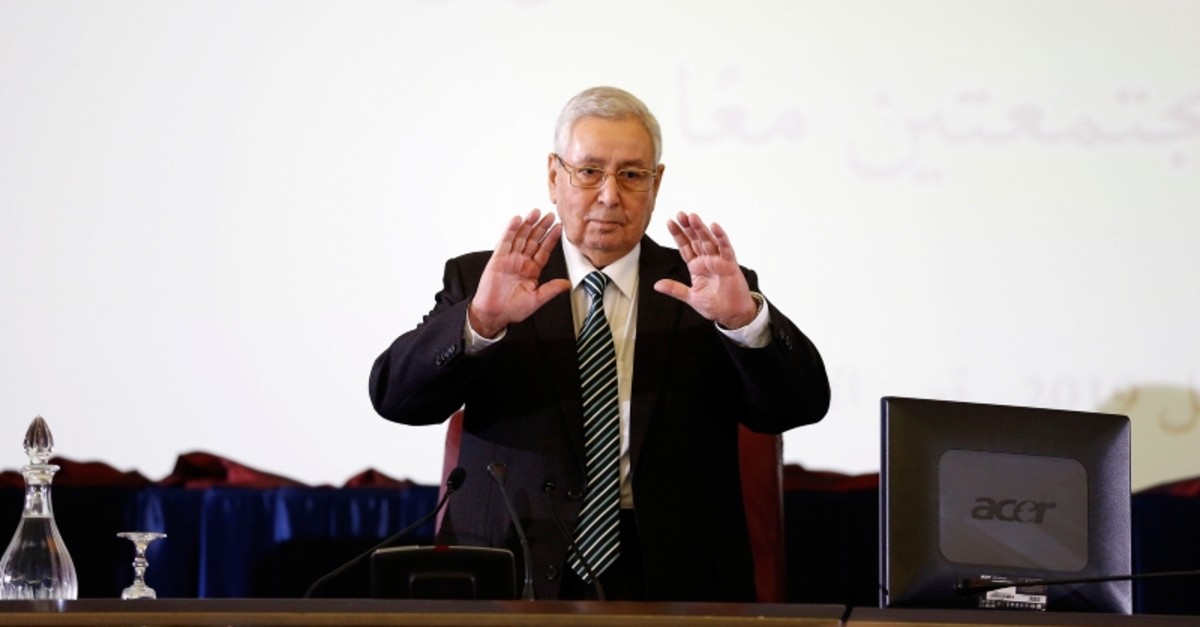 Algeria is to hold a presidential election on December 12, five months into a political vacuum since longtime leader Abdelaziz Bouteflika resigned in the face of mass protests, his interim successor announced Sunday.

"I have decided... that the date of the presidential election will be Thursday, Dec. 12," said Abdelkader Bensalah, who is precluded from standing himself, in a televised address.

The announcement comes after army chief General Ahmed Gaid Salah insisted that polls be held by the end of this year, despite ongoing protests demanding the creation of new institutions ahead of any elections.

On Friday, Algerian protesters returned to the streets after parliament passed bills paving the way for the announcement of elections.

Demonstrators are demanding key regime figures step down and an overhaul of political institutions before any polls, arguing an election under the current framework would only reinforce the status quo.

Gaid Salah earlier this month called for an electoral college to be summoned on Sept.15 so as to conduct an election within 90 days, in mid-December.

Last week, parliament passed two bills that would facilitate the announcement of a vote.

Justice Minister Belkacem Zeghmati presented the bills on Wednesday, with both legislative chambers passing them within two days.

Opposition parties in the People's National Assembly boycotted the session in which the bills were passed.

The first bill proposed the creation of an "independent" election authority, while the second text was a revision of Algeria's electoral law.

Presidential polls originally planned for July 4 were postponed due to a lack of viable candidates, plunging the country into a constitutional crisis as the 90-day mandate for Bensalah expired in early July.

The army's high command has rejected any solution to the crisis other than presidential elections "in the shortest possible time."