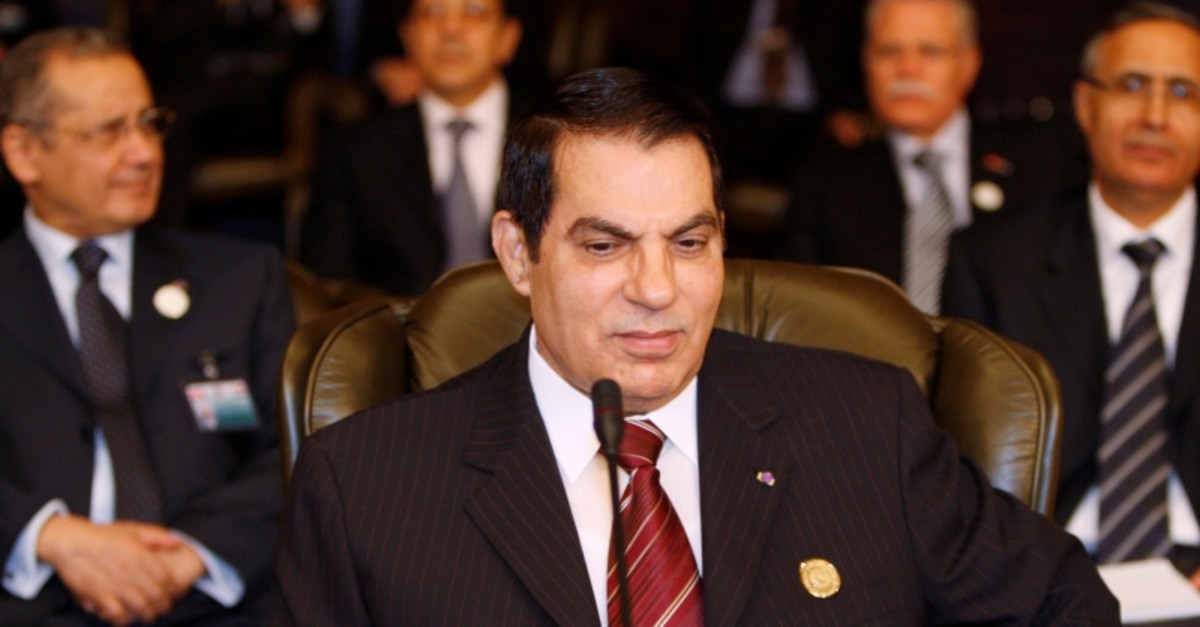 Former Tunisian President Zine El Abidine Ben Ali, an autocrat who led his country for 23 years before being toppled by bloody protests that unleashed a wave of revolt across the Arab world, died Thursday at age 83, according to Tunisia's foreign ministry.

His downfall ignited similar uprisings against other authoritarian leaders across the Arab region, which led to the removal of Egypt's Hosni Mubarak and Libya's Moammar Gadhafi in the same year.

A career soldier, Ben Ali took power on November 7, 1987 when he toppled Habib Bourguiba, the ailing father of Tunisian independence who was by then reported to be senile.

"I needed to re-establish the rule of law," Ben Ali told a French television channel in 1988. "The president was ill and his inner circle was harmful."

He went on to make Tunisia a moderate voice in the Arab world while Western governments viewed him as an effective bulwark against Islamist extremism despite criticism of his slow move toward democracy.

He began his rule encouragingly, scrapping the title of "president for life" created by Bourguiba and limiting the number of presidential terms to three.

He launched a "solidarity" policy, creating a special fund for the underprivileged and a social security system, while pursuing the promotion of education and women's rights.

But he consolidated his rule by muzzling the opposition, keeping strong control of the media and armed forces and eventually extending the number of terms he was allowed to serve under the constitution.

Ben Ali was born into a modest family in the east-central town of Hammam-Sousse on September 3, 1936 when Tunisia was still a French protectorate.

He studied at military academies in both France and the United States and was appointed minister for national security in 1985, moving up to the interior ministry the following year and the post of prime minister in 1987.

Ben Ali promised a move towards democracy when he became president, organising the country's first multi-candidate presidential election in 1999 — and winning it with an official 99.44 percent of the vote.

In May 2002 he held a referendum to change the constitution so he could serve a fourth term. A second such change then allowed for an unlimited number of mandates.

He was fond of telling foreign leaders that Tunisia, a major mass-market tourist destination for Europeans, "does not have any lessons to receive" about human rights.

But rights groups regularly condemned his government, which they said held hundreds of political prisoners, although he denied this.

Corruption was endemic under Ben Ali, whose close circle — especially his wife's family — had an iron grip on the economy.

The revolution that toppled him was triggered in December 2010 by the self-immolation of a young man in the poverty stricken center of the country.

The snowballing uprising first focused on joblessness but took on a political dimension, fueled by anger after a crackdown that left scores dead.

Ben Ali made several attempts at conciliation including the creation of 300,000 new jobs, the sacking of his interior minister, the release of detained demonstrators and a pledge to not stand for re-election in 2014.

But the mood was unforgiving and he eventually fled into exile in January 2011 with his wife Leila Trabelsi, his downfall triggering revolts across the Arab world.

Ben Ali is survived by six children; three daughters by a first marriage and two daughters and a son by Trabelsi.

In the year that followed his downfall, Ben Ali was sentenced in absentia to fines and time in prison in several cases on charges including misappropriating public funds and ordering the torture of army officers who allegedly led a coup attempt against him.

In mid-2012, he was sentenced in absentia to life in jail for his role in the deaths of protesters during the uprising that ousted him.

But Tunisians heard little about the former president's life in exile in Saudi Arabia after a relative said that he had suffered a stroke there in early 2011.

A brief exception came in 2013 when an Instagram account created a buzz online for appearing to show the first photos of the deposed leader in exile — including one of him smiling in striped pajamas.

In Tunisia, people slowly became indifferent to the fate of the ex-strongman, even if in the turbulent aftermath of the revolution — including a wave of jihadist attacks in 2015 — some did express nostalgia for the apparent "security" that prevailed during his rule.