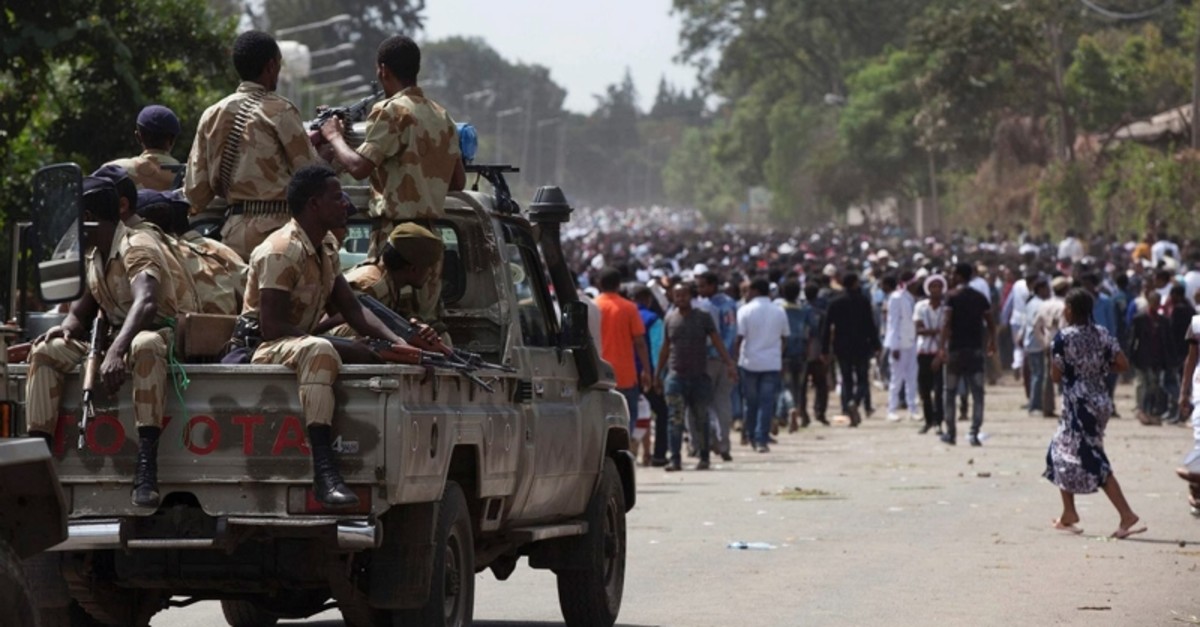 Several members of the al-Shabaab and Daesh terrorist groups have been arrested in Ethiopia as they prepared to carry out attacks, the national intelligence agency said Saturday.

Their aim was to attack public areas, religious events and hotels in the capital Addis Ababa and other locations in Ethiopia, the agency said in a statement.

It did not specify how many people were detained, but the state broadcaster reported that it was 12.

The suspects were said to have entered Ethiopia through Djibouti, Somalia and its breakaway state of Somaliland.

Al-Shabaab, which is affiliated with the international al-Qaida terrorist network, regularly launches attacks in Somalia - where it is based - and neighboring Kenya. Daesh has also gained an increasing foothold in the Horn of Africa.

Several countries provided intelligence that helped lead to the arrests, including the United States, Italy, France and Spain, the Ethiopian intelligence agency said.