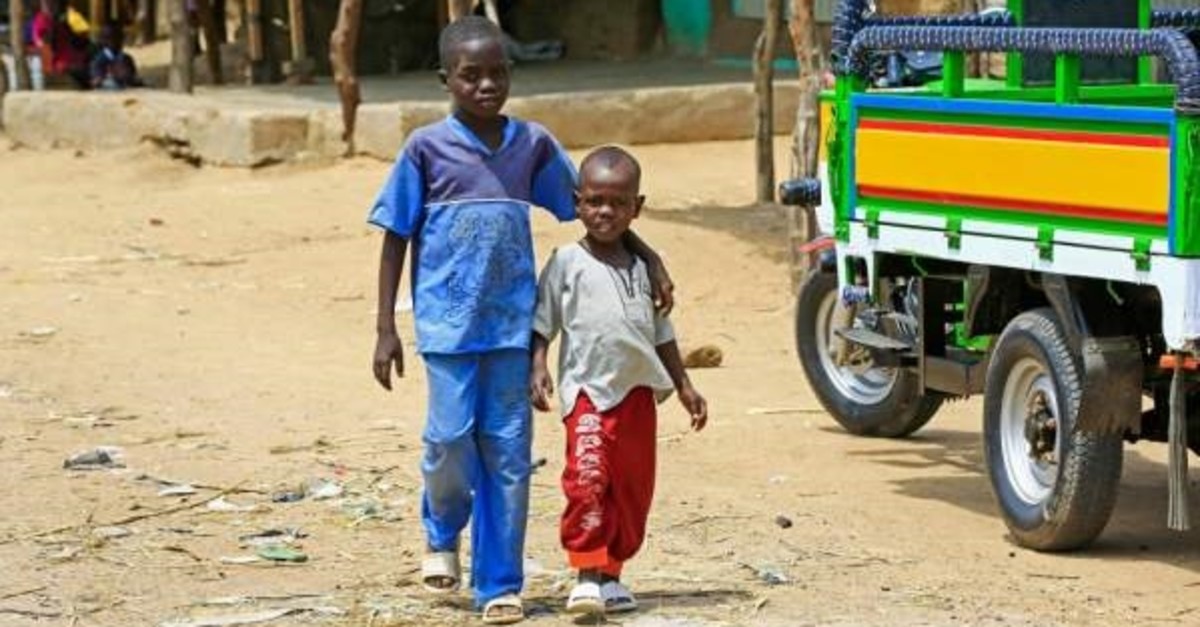 Displaced Sudanese boys walk at the Kalma camp for internally displaced people in Darfur's state capital Niyala, Oct.9, 2019. (AFP Photo)
by Associated Press Oct 14, 2019 1:14 am
Sudan’s new transitional government has six months to make peace with the country’s rebels under a power-sharing deal reached this summer following the ouster of longtime autocrat Omar al-Bashir in April. If they fail to do so, it could undermine the deal and put the country's fragile transition in jeopardy.
Talks with the rebels officially start today in neighboring South Sudan’s capital. Sudanese government officials met informally with a rebel leader in Juba this week to prepare for the talks. This came after some rebel groups signed a draft agreement in Juba last month, detailing a road map for the talks, trust-building measures and an extension of a cease-fire already in place.
The initial agreement reached in September in Juba between Khartoum and the rebels, dubbed the Declaration of Principles, envisaged trust-building measures by the government, such as the release of war prisoners and dismissing sentences and charges against rebel leaders.
Sudanese rebels have for years fought al-Bashir's loyalists, not just in Darfur but also in the southern provinces of Blue Nile and South Kordofan. The rebels have observed a cease-fire since before al-Bashir’s overthrow, in solidarity with the protest movement. Ahead of the talks in Juba, Khartoum has been in a flurry of diplomacy, with Sudanese leaders visiting France, Saudi Arabia and the United Arab Emirates (UAE) recently to enlist their support.
Last Update: Dec 20, 2019 1:03 am
RELATED TOPICS