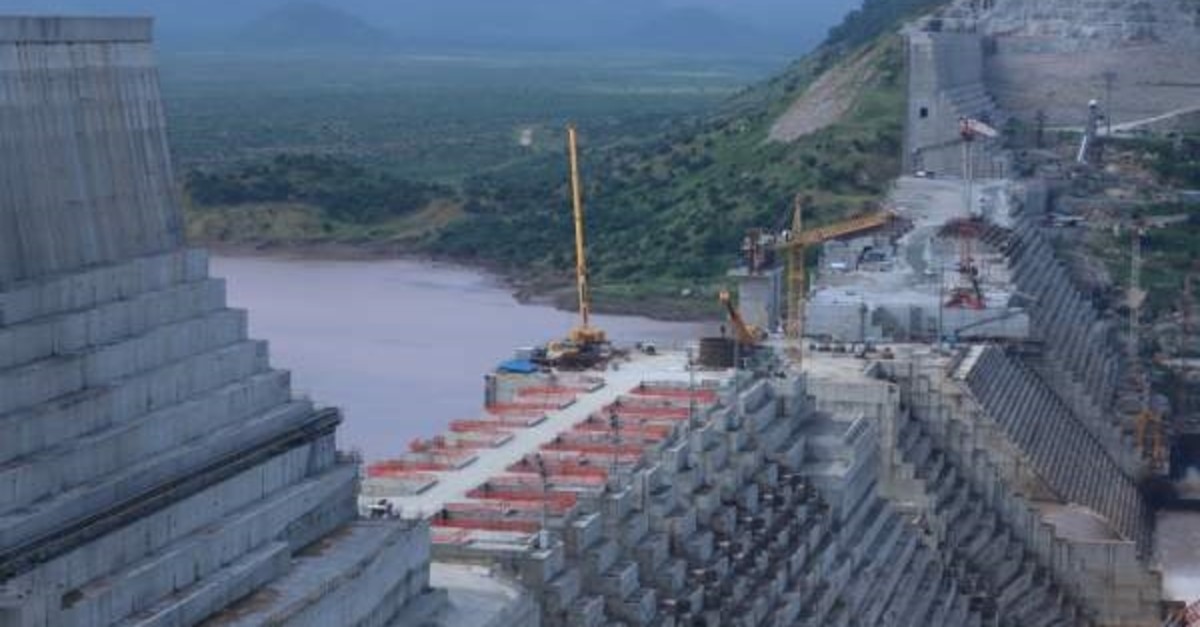 Amid a long-running diplomatic standoff over building and operating the Grand Ethiopian Renaissance Dam that has heightened tensions, Egyptian President Abdel Fattah el-Sissi said Sunday he would meet Ethiopian Prime Minister Abiy Ahmed in Russia.
He did not say, however, when they would meet, but Russia will host the first Russian-African summit in the Black sea resort of Sochi on Oct. 23 and Oct. 24.

While Egypt wants to guarantee a steady supply of water for its 100 million citizens, Ethiopia is determined to power the homes of over 100 million citizens. Being a downstream country on the Blue Nile, Sudan shares Egypt's water supply concerns, while, at the same time, it needs the power that will be generated by Ethiopia’s dam.

Trilateral talks between Egypt, Sudan and Ethiopia have been deadlocked for more than a year. In May last year, the three countries reached an agreement to set up a scientific study group to consult on the filling of the dam. But no progress has been reported since.
The dam is now more than 60% finished, and Ethiopia hopes to become a key energy hub in Africa upon its completion. The dam will generate about 6,400 megawatts (MW), more than doubling Ethiopia's current production of 4,000 MW.

The dam project, launched by Ethiopia in 2012, is designed to feed a hydroelectric project to produce 6,000 MW of power, equal to six nuclear-powered plants.
The construction of the Grand Ethiopian Renaissance Dam or the GERD, the largest hydroelectric dam project in Africa, has poisoned relations between Egypt, Ethiopia and Sudan.
The dispute centers on the right to control a section of the Nile that stretches 6,695 kilometers from Lake Victoria to the Mediterranean and is the economic lifeblood of all three countries.