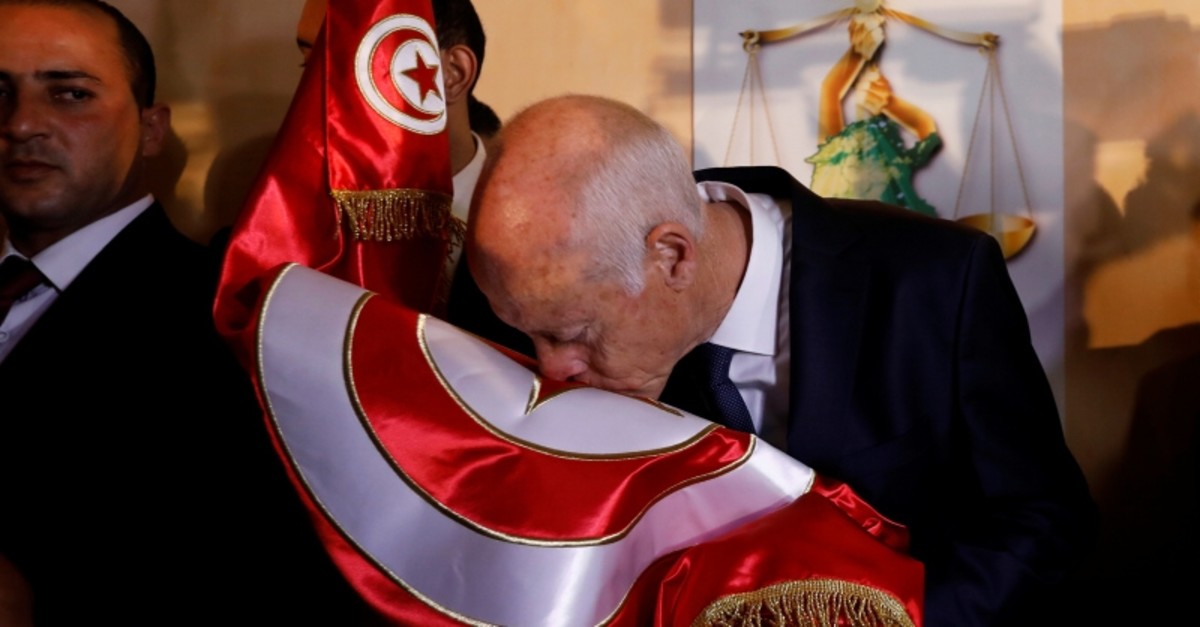 The Tunisian electoral board has declared that independent candidate Kais Saied has won the elections and become the country’s president. With no direct political affiliation or political experience, the conservative but revolutionary candidate received more than 70% of the votes against his rival, Nabil Karoui, who was recently released from jail.

Law professor Kais Saied is poised to take the presidential post after he achieved a resounding victory. Receiving support from young people, secular circles and the country’s conservative party, Ennahda Saied appeared as a candidate who appeals voters across the social and political spectrum. Having a different profile from previous politicians and his candidates, he has promised to “build a new Tunisia,” while thanking young people for their support. According to Sigma polling institute, almost 90% of voters between the ages of 18 and 25 voted for him. However, the same institute said only 49% of the voters over the age of 60 elected him.

Promising to make a “revolutionary constitution,” he addressed Tunisians after the declaration of the results. He said, “Thank you to those who opened a new page in history.” Stressing the importance of free and fair elections, he added that, “For those who did not vote for me, thank you too, because you have chosen freely.”

He was born in Ariana, a town close to the capital. Receiving his education at the country’s famous Sadiqi College, he served as a law professor at Tunis University. Belonging to a middle-class family, his name has remained clean compared to many other prominent politicians or candidates in the country.

During the revolution in 2011, he pledged to support the protesters. He was elected as a member of the committee for drafting a new constitution. He believes that the country needs better laws for protecting its people and providing a better working democracy. He has also promised a form of decentralization for the country. In his speeches, he frequently said the power would be returned to Tunisians and that he would consolidate local councils and increase their power.

The support he received from different sections of society shows that he is a consensus president. Both in terms of his ideology and of the expectations for reforms, his promises sounded reasonable to many different groups in the country.

Morevover, economic deterioration based on the presence of Daesh-affiliated groups near its borders requires more investment in security issues. The ongoing civil war in Libya and the migration crisis in the Mediterranean Sea are other key problems.