37 killed in attack on mining company convoy in Burkina Faso 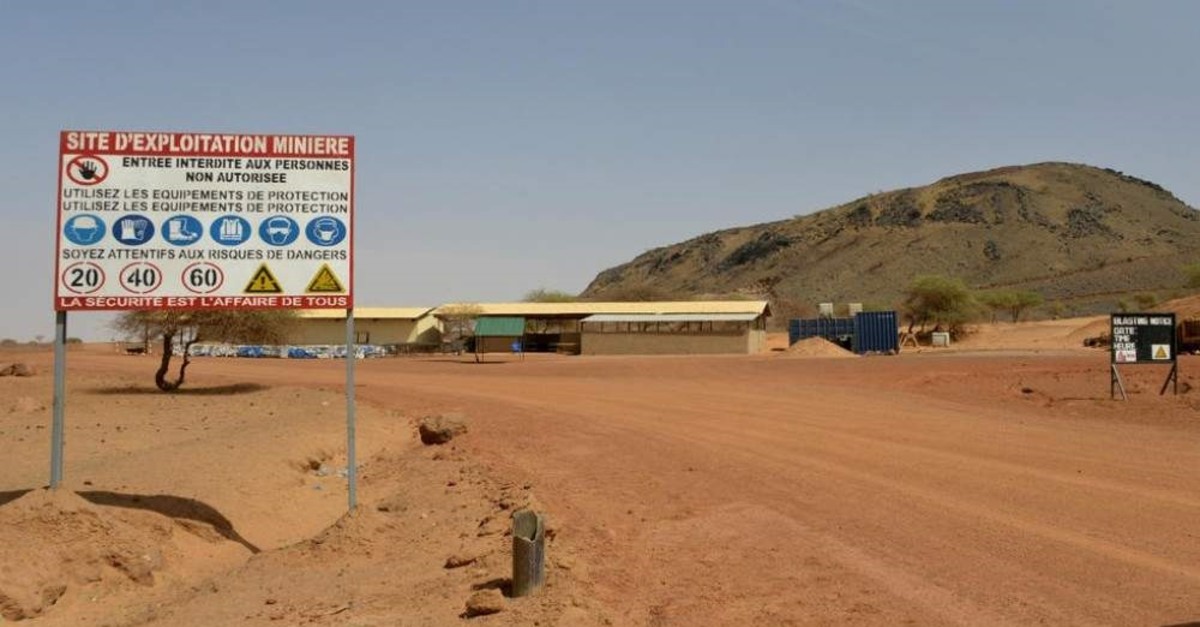 A sign is posted at the entrance of the Tambao mine in Tambao, 350 kilometers northeast of the capital, Ouagadougou on April 5, 2015, where five armed men kidnapped a Romanian mineworker the day before. (AFP)
by Compiled from Wire Services Nov 07, 2019 9:45 am

Gunmen attacked a convoy near a Canadian mining site in Burkina Faso, killing at least 37 people and wounding 60 others, the regional governor said late Wednesday, marking the deadliest attack in nearly five years of terrorist violence in the West African country.

Montreal-based Semafo said the bloodshed happened about 25 miles (40 kilometers) from its Boungou mine in Burkina Faso's eastern region and involved five buses of employees who were being accompanied by a military escort.

Col. Saidou Sanou, the region's governor, gave the provisional casualty toll in a statement. The mining company said only that it was aware of "several fatalities and injuries."

"Boungou mine site remains secured and our operations are not affected," Semafo said in its statement. "We are actively working with all levels of authorities to ensure the ongoing safety and security of our employees, contractors and suppliers," Semafo said in a statement, offering condolences to the families of the victims.

The mine itself, it added, remains secure and its operations have not been affected.

A security source said "a military vehicle that was escorting the convoy hit an explosive device."

"Two buses carrying workers were then fired upon," the source told AFP on condition of anonymity.

Burkina Faso's government said the gunmen had conducted a "complex attack," adding that defense and security forces had launched a relief operation and were searching the area.

The area has become increasingly precarious for Semafo, which operates two gold mines in Burkina Faso. Last year, an employee and subcontractor were killed when a bus was targeted by bandits, according to Canadian Press. Later last year, five members of Burkina Faso's security forces were killed in an attack near the Boungou mine.

Sylvain Leclerc, spokeswoman for the Canadian foreign ministry, said there were no reports of any Canadian citizen among the casualties. She added that Canada's government condemns the attack and supports efforts to bring peace to Burkina Faso.

The violence underscores the rapidly deteriorating security situation in once-peaceful Burkina Faso, which has been infiltrated by terrorists who have been active for years in neighboring Mali. There was no immediate claim of responsibility, but terrorists have staged dozens of attacks on churches and public officials across the north of Burkina Faso in the last few years.

Concerted military actions by five regional countries, along with a French operation, have failed to stem the growing violence.

The country, which experienced its first major terrorist attack in 2015, is a gateway south into coastal West Africa, and regional leaders worry the terrorists could be moving into Togo and Benin.