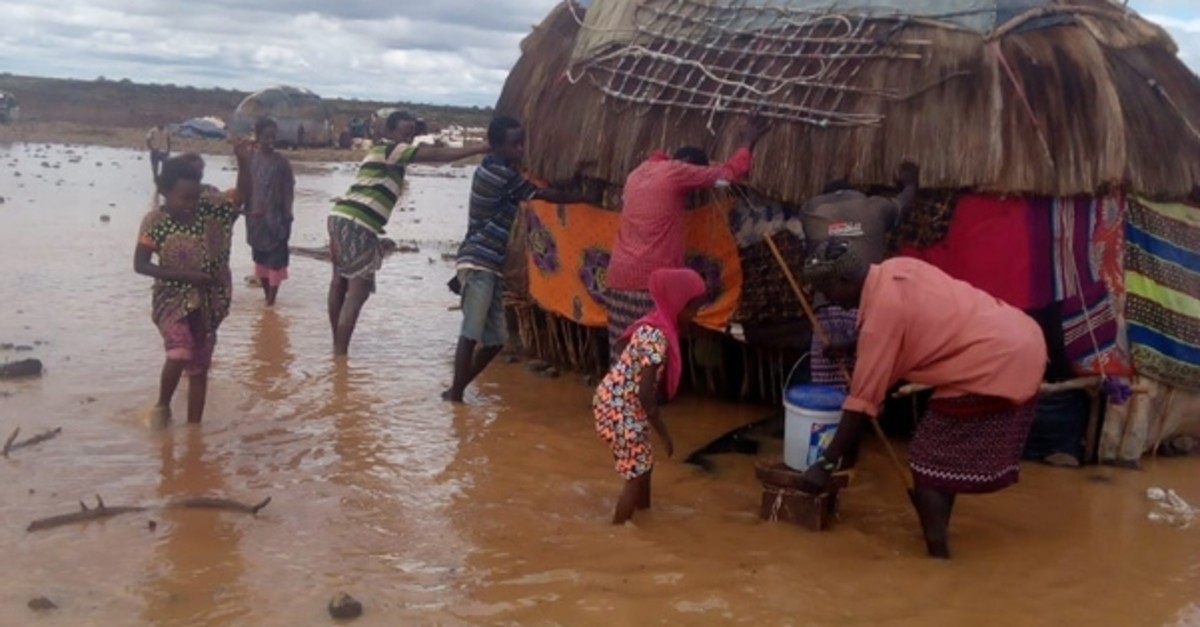 At least 36 people, including seven children, have been killed by landslides triggered by unusually heavy rains in northwestern Kenya, a local official said on Saturday.

The downpour began on Friday in West Pokot County, which borders Uganda, and worsened overnight, causing flooding and mudslides that swept away four bridges and left the worst-affected village, Muino, unaccessible by road.

"We can confirm that the number of those dead has sadly reached 36. Some people who we thought were lost have been found dead," Samuel Poghisio, a senator from the county, told Reuters by phone.

"More people are marooned and the entire village is at risk of being wiped out by the floods," the county's governor, John Lonyangapuo, told Reuters by phone as he waited for a helicopter to transport him to survey the damage.

He added that rescue efforts were underway in the area, where more than 500 vehicles are stuck on roads damaged by the landslides.

Eleven of the people killed were in the same house, Lonyangapuo said.

Kenyan President Uhuru Kenyatta said in a statement that he had deployed rescue personnel from various agencies including the army and the police to try to stop the "further loss of lives".

West Pokot County Commissioner Apollo Okello said that two children were pulled out alive from the smashed wreckage of their mud-covered homes.

"They have been rushed to hospital," he said.

Rescue efforts to dig bodies out of the dirt continued.

"The challenge we are facing is the heavy rains, but we are trying our best," he added.

It is not only Kenya that is affected. The landslides come amid weeks of destructive rains and flooding across East Africa.

Violent downpours have displaced tens of thousands in Somalia, submerged whole towns in South Sudan and killed dozens in flash floods and landslides in Ethiopia and Tanzania too.

Close to a million people in South Sudan alone are affected with growing fears of disease and starvation.

Floods hit East Africa regularly, but scientists say that it has been exacerbated by a powerful climate phenomenon in the Indian Ocean stronger than any seen in years.

Heavy rains and floods have killed more than 50 people and forced hundreds of thousands of people from their homes across East Africa, aid groups said earlier this month.

Floods hit East Africa regularly, but scientists say that it has been exacerbated by a powerful climate phenomenon in the Indian Ocean stronger than any seen in years.

The extreme weather is blamed on the Indian Ocean Dipole -- a climate system defined by the difference in sea surface temperature between western and eastern areas of the ocean.

The ocean off East Africa is currently far warmer than usual, resulting in higher evaporation resulting in rain over the continent.