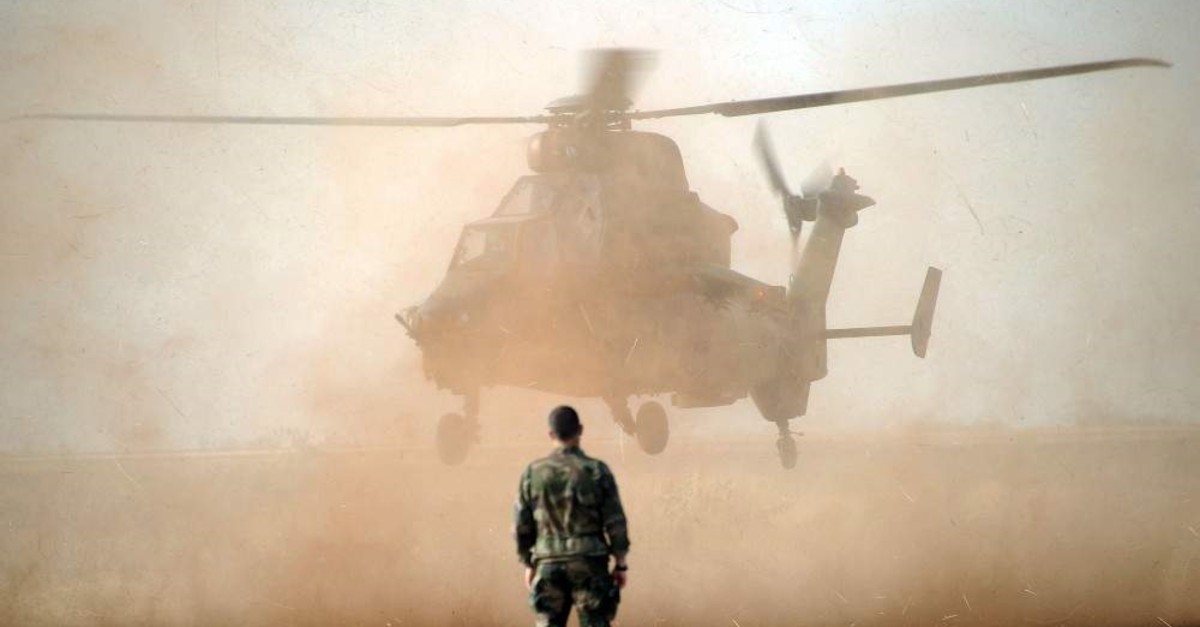 This Feb. 02, 2013 file photo shows a Eurocopter Tiger helicopter landing at the Mopti airport in Sevare, Mali. (AFP Photo)
by Compiled from Wire Services Nov 26, 2019 12:16 pm
French President Emmanuel Macron says a midair collision between two helicopters has killed 13 French soldiers fighting against militants in Mali.
Macron expressed "deep sadness” at the news of the Monday evening crash, which took place during a combat operation.
He expressed his support for the French military and stressed the "courage of the French soldiers” fighting the persistent terror threat in the Sahel region.
France has more than 4,500 troops countering insurgencies in the Sahel region, where violence by militants linked to al-Qaida and Daesh in the sparely-populated area has proliferated in recent years.
The militants use central and northern Mali as a launch pad for attacks across the largely desert region.
Last Update: Dec 20, 2019 1:56 am
RELATED TOPICS