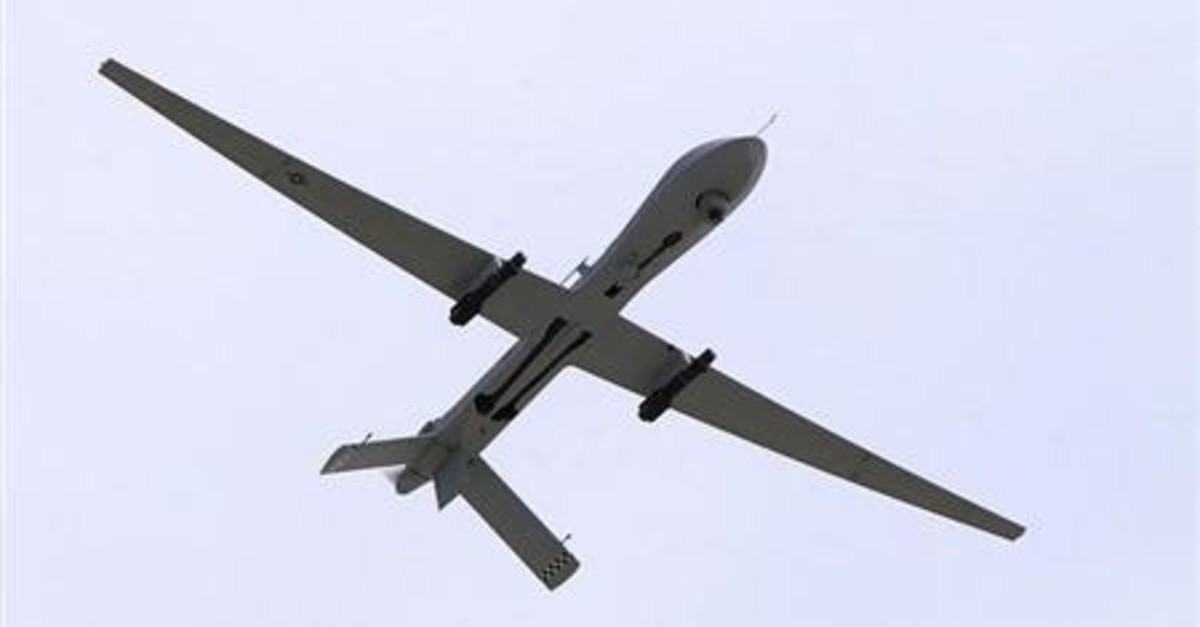 |Reuters File Photo
by Daily Sabah Dec 01, 2019 10:52 pm
Nine children and two women, one of them pregnant, were killed Sunday in Murzuq, Libya as a result of bombardment by drones operated by the United Arab Emirates, which backs Khalifa Haftar’s rogue administration, local news outlets reported.
According to the Libyan news network Arraed LG+, Murzuq hospital said it received the bodies of nine children and two women, one of them pregnant, who were killed as a result of bombardment by drones belonging to the UAE.
The news website said that the UAE-operated drones bombed a house in the Umm Alarnab area, resulting in casualties.
Libya has been in turmoil since 2011 when a NATO-backed uprising led to the ouster and death of former President Moammar Gadhafi after more than four decades in power.
Since then, Libya's stark political divisions have yielded two rival seats of power, one in Tobruk and another in Tripoli, and a host of heavily armed militia groups. The military, pushed by Haftar's army, allied with a parallel eastern administration based in Benghazi, marking a dangerous escalation of a power struggle that has dragged on since Gadhafi's overthrow.
Haftar is not recognized by the international community, as the elected parliament of the country is centered in Tripoli. However, Haftar, with the financial and political support of certain countries, including some Gulf states, has appeared as an influential actor in the war-torn country.
Last Update: Dec 20, 2019 2:04 am
RELATED TOPICS