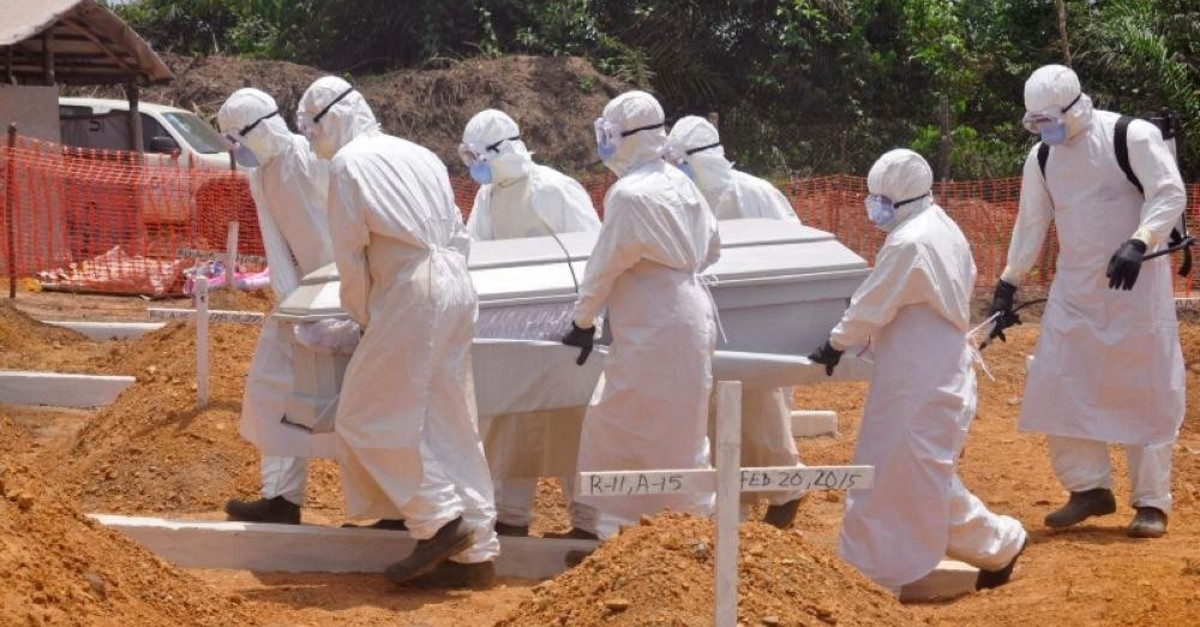 In this file photo, health workers carry the body of a person who they suspecteded died from the Ebola virus, Monrovia, Liberia, Wednesday, March 11, 2015 (AP Photo)
by Anadolu Agency Dec 12, 2019 11:58 pm

The death toll from Ebola in the Democratic Republic of Congo climbed to 2,209 from 2,150 reported in October, the African Union (AU) said Thursday.

From October to Dec. 8, the number of casualties rose by 59, according to a latest AU report on the status of the virus.

The report showed 3,327 Ebola cases were reported as of Dec. 8 while 1,087 people recovered from the deadly disease during the same period.

The AU supports continental and international efforts against the epidemic through its specialized agency, the Africa Center for Disease Control and Prevention, or the African CDC.

Last week, more than $55 million was raised to support Ebola response activities in DR Congo and neighboring countries at risk during a resource mobilization event organized by the AU Commission in Addis Ababa, Ethiopia.

The World Health Organization declared the current outbreak in DR Congo in August 2018 as a public health emergency of international concern.

The report also indicated that regional collaborating centers have continued to support preparedness in AU member states through information sharing.

Rwanda and DR Congo this week launched a massive vaccination campaign for people living within the vicinity of a possible Ebola outbreak.

The campaign launched at the Rwandan border with DR Congo in Rubavu district targets citizens who regularly travel across the border.