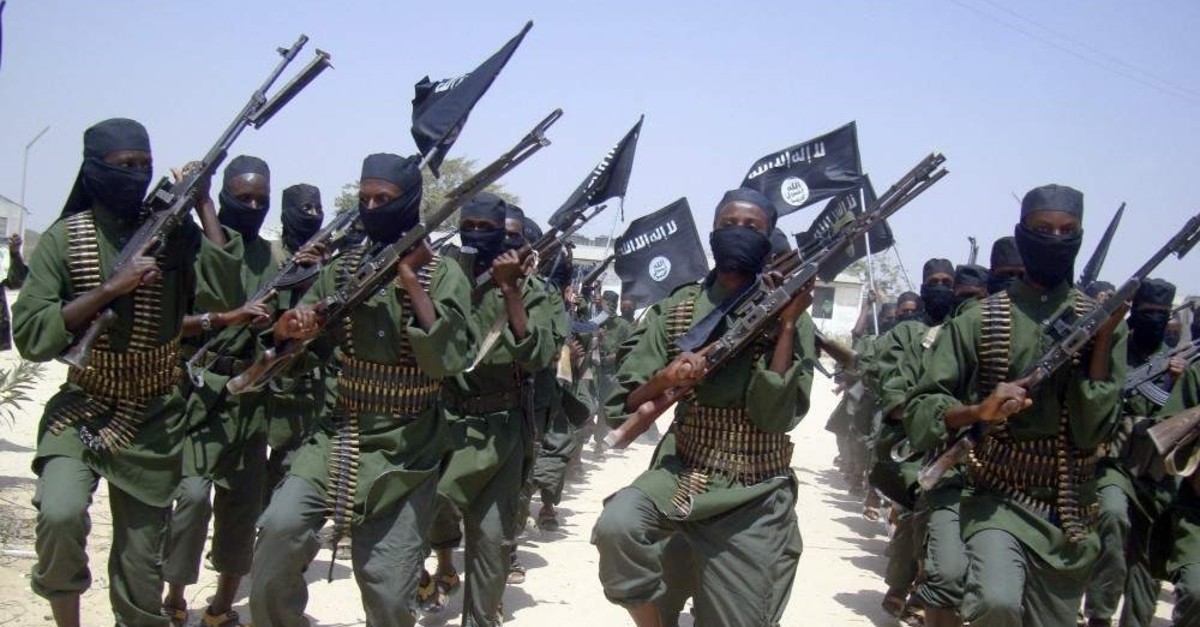 Al-Shabab militants march with their weapons during military exercises on the outskirts of Mogadishu, Feb. 17, 2011. (AP Photo)
by Compiled from Wire Services Dec 31, 2019 8:05 pm

Somalia's homegrown militant group, al-Shabab, has claimed responsibility for a truck bomb in the capital, Mogadishu, that killed at least 81 people last week. The claim of responsibility was made by the group's spokesman Sheikh Ali Mohamud Rage in an audio post on pro-al-Shabab websites. Al-Shabab, which is allied to al-Qaida, carries out frequent bombings in the capital. Rage said the bombing targeted a "hostile Turkish convoy" near a busy checkpoint at an entrance to the city. "The Turks are our enemies and as we have said before, we will not stop fighting until they withdraw from our lands," the spokesman said.

Turkey, under the ruling Justice and Development Party (AK Party) government, launched a continental initiative to reach out to African countries whose relations with Turkey have been mostly limited since the early years of the Republic of Turkey. Turkey's vast aid efforts at the height of the 2011 famine endeared the country to many Somali people, and it has continued to pour in aid, much of it from private companies.

The attack was one of the deadliest attacks in Mogadishu in recent memory, and witnesses said the force of the blast reminded them of the devastating 2017 bombing that killed hundreds. Most of those killed were university students returning to class.

In 2010, al-Shabaab declared its allegiance to al-Qaida. But its militants fled positions they once held in Mogadishu and have since lost many strongholds. They retain control of large rural swathes of the country and continue to wage a guerrilla war against the authorities, managing to inflict bloody attacks at home and abroad.