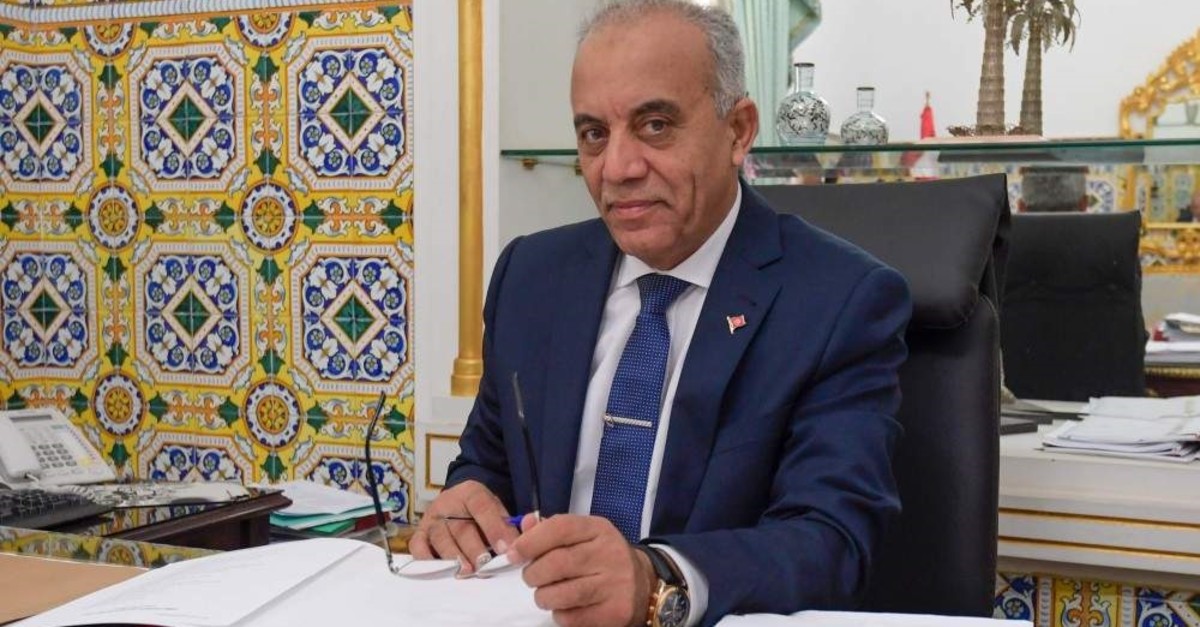 Tunisia's Prime Minister-designate Habib Jemli is pictured in his office ahead of announcing his government at a press conference in Tunis on Jan. 2, 2020. (Photo by FETHI BELAID / AFP)
by French Press Agency - AFP Jan 02, 2020 7:56 pm

The cabinet – comprised of 28 ministers, most of whom are unknown to the general public, including four women – still needs to be approved by the Tunisian Parliament.

"I am confident this government will be approved by Parliament," said Habib Jemli, designated prime minister by the Muslim democratic Ennahdha party.

Ennahdha won 52 seats in a legislative election on Oct. 6 –more than any other party, but not enough to form a majority in the 217-seat chamber.

Jemli on Dec. 23 announced that he would form a government of independents due to "frictions" between parties over political appointments, after two months of difficult negotiations that also involved trade unions.

He said some parties had demanded conditions for their participation in government, without elaborating.

Jemli then announced several different versions of his proposed government, before a final list was signed by President Kais Saied Thursday, according to a statement by the presidency.

Saied – a conservative academic with no background in politics – was elected in a presidential run-off a week after the legislative polls.

The final cabinet list identifies Hedi Guediri, a former head of the Court of Cassation, as justice minister, while tourism minister Rene Trabelsi keeps his post.