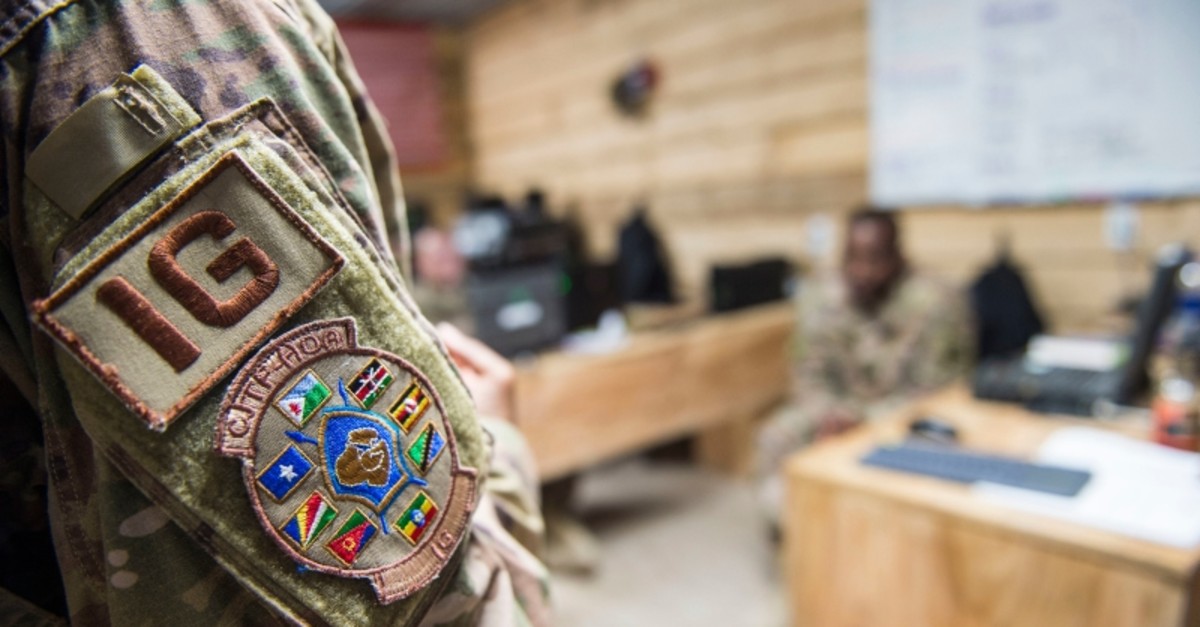 A U.S. soldier and two Pentagon contractors were killed in an attack by al-Qaida linked al-Shabab terrorists on a military base used by U.S. and Kenyan troops in coastal Kenya in the early hours of Sunday.

Kenya's military said the pre-dawn breach was repulsed and at least four assailants were killed in the attack that left some U.S. aircraft and vehicles destroyed.

A plume of black smoke rose above the base near the Somali border where residents claimed that a car bomb had exploded.

The camp has under 100 U.S. personnel, according to Pentagon figures.

Al-Shabab, which is linked to al-Qaida, is based in neighboring Somalia and has launched a number of attacks in Kenya. The group has been the target of a growing number of U.S. airstrikes during President Donald Trump's administration.

The attack comes just over a week after an al-Shabab truck bombing in Somalia's capital killed at least 79 people and U.S. airstrikes killed seven al-Shabab fighters in response.

Last year al-Shabab attacked a U.S. military base inside Somalia. The extremist group has carried out multiple attacks against Kenyan troops in the past in retaliation for Kenya sending troops to Somalia to fight it. Al-Shabab also has attacked civilian targets in Kenya including buses, schools and shopping malls.

The attack comes days after a U.S. airstrike killed Iran's top military commander and Iran vowed retaliation, but there is no sign of links to Iran or its proxies.

The Somali terrorists have staged several large-scale attacks inside Kenya, in retaliation for Nairobi sending troops into Somalia as well as to target foreign interests.

Despite years of costly efforts to fight Al-Shabab, the group, on Dec. 28, managed to detonate a vehicle packed with explosives in Mogadishu, killing 81 people.

The spate of attacks highlights the group's resilience and capacity to inflict mass casualties at home and in the region, despite losing control of major urban areas in Somalia.

The Lamu region, close to the Somali border, has been plagued by attacks from Al-Shabab, with frequent strikes along the frontier notably targeting security forces with roadside bombs.

In a November report, a U.N. panel of experts on Somalia noted an "unprecedented number" of homemade bombs and other attacks across the Kenya-Somalia border in June and July last year.

On Thursday at least three people were killed when suspected Shabab gunmen ambushed a bus traveling in the area.

According to the Institute for Security Studies, the United States has 34 known military bases in Africa, from where it conducts "drone operations, training, military exercises, direct action and humanitarian activities."

U.S. military strikes in Somalia surged after President Donald Trump declared the south of the country an "area of active hostilities."

In an April statement, U.S. military command for Africa, AFRICOM, said it had killed more than 800 people in 110 strikes in Somalia since April 2017.