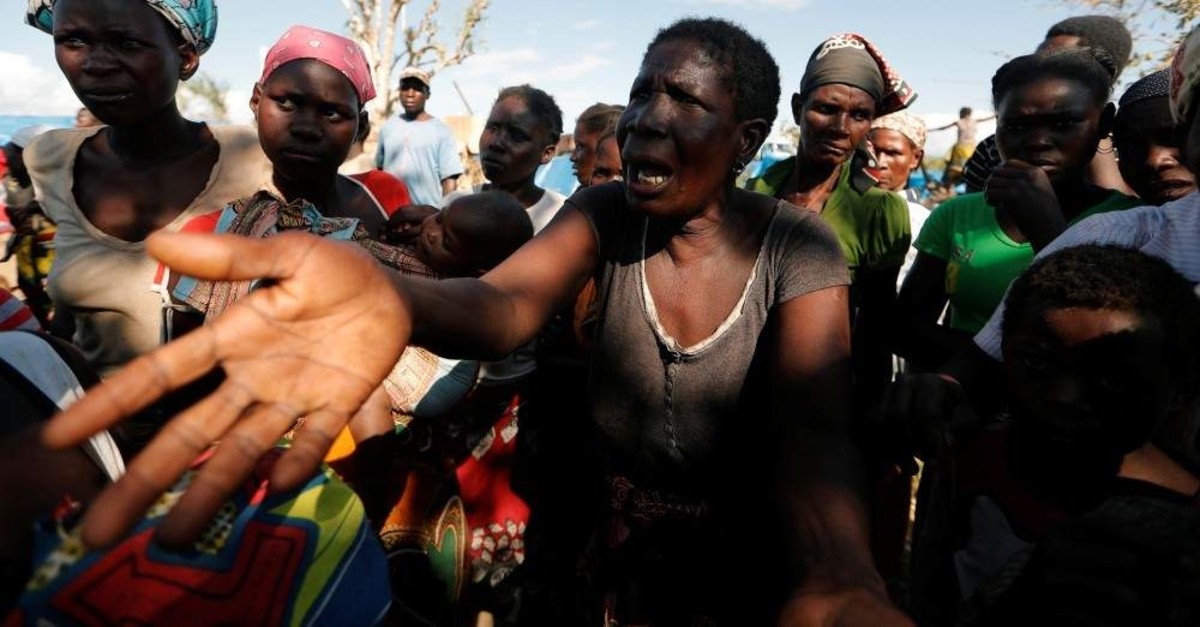 A woman complains about lack of food at a camp for the people displaced in the aftermath of Cyclone Idai, John Segredo, March 31, 2019. (REUTERS Photo)
by Compiled from Wire Services Jan 16, 2020 7:17 pm

"This hunger crisis is on a scale we've not seen before and the evidence shows it's going to get worse," World Food Program (WFP) regional director Lola Castro said in a statement. The agency warned that it had secured only $205 million of the $489 million it requires, saying families across the region were already skipping meals, taking children out of school, selling off precious assets and falling into debt to stave off agricultural losses.

Southern Africa is in the grips of a severe drought, as climate change wreaks havoc in impoverished countries already struggling to cope with extreme natural disasters, such as Cyclone Idai which devastated Mozambique, Zimbabwe and Malawi in 2019. Zimbabwe, once the breadbasket of southern Africa, is experiencing its worst economic crisis in a decade, marked by soaring inflation and shortages of food, fuel, medicine and electricity.

In December, the U.N. said it was procuring food assistance for 4.1 million Zimbabweans, a quarter of the population of a country where shortages are being exacerbated by runaway inflation and climate-induced drought. "Zimbabwe is in the throes of its worst hunger emergency in a decade, with 7.7 million people – half the population – seriously food insecure," the agency said.

In Zambia and drought-stricken Lesotho, 20% of the population faces a food crisis, as do 10% of Namibians. Castro said that if the agency does not receive the necessary funding, it will have no choice but to assist fewer of those most in need and with less.