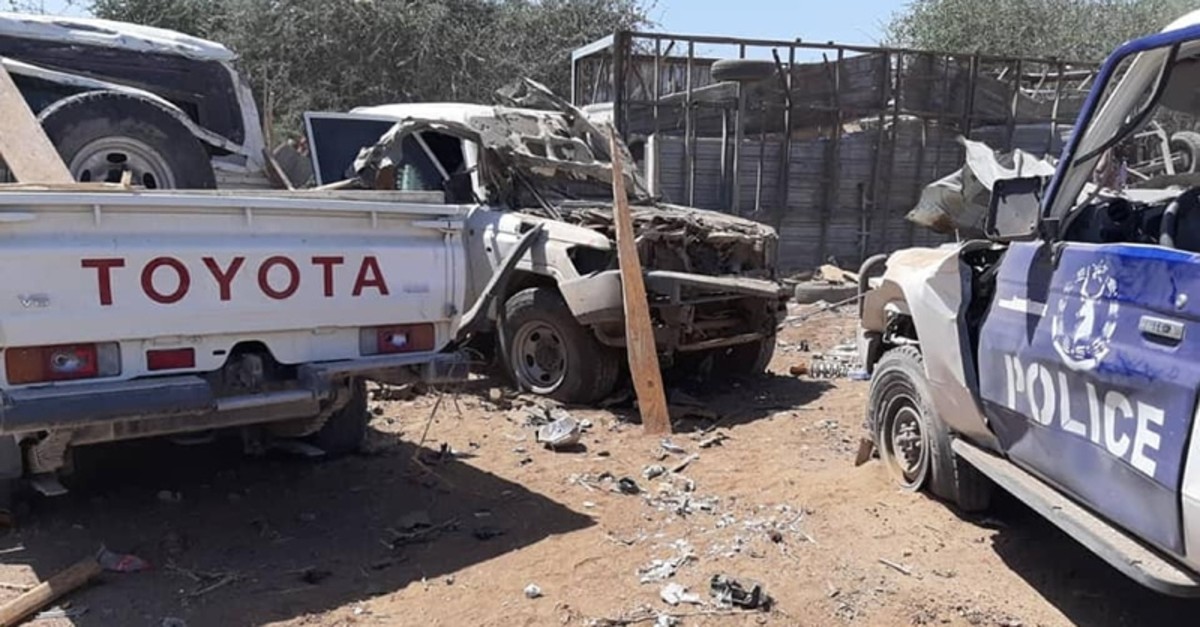 A car bomb targeting a group of Turkish contractors exploded on Saturday in the Somali town of Afgoye, 30 kilometers northwest of the capital Mogadishu, killing at least three people and injuring some 20 others.

"A suicide car bomb speeding along rammed into a place where the Turkish engineers and Somali police were having lunch," police officer Nur Ali told Reuters from Afgoye in the lower Shabelle region.

At least 11 people were injured in the attack, including four Turkish nationals, Turkey's Ambassador to Somalia Mehmet Yılmaz was quoted as saying. Turkish Health Minister Koca later said that 15 people comprised of a group of 6 Turkish and 9 Somali nationals had been brought to Mogadishu Recep Tayyip Erdoğan Training and Research Hospital for treatment. "Two Turkish nationals are in critical condition and undergoing surgery," Koca said.

Speaking to Turkey's official Anadolu Agency over the phone, Somali government spokesman Ismail Mukhtar Oronjo confirmed the attack. "Several people including soldiers were killed and 20 others wounded, and casualties could rise," he said, adding among those injured were Somalia's deputy commander of special forces.

Separately, Bashir Ahmed, a police official in Afgoye, told Anadolu Agency that three people, including soldiers, were killed in the attack.

"We heard a huge blast and soon clouds of smoke into the air. Before the blast, several Turkish engineers and a well-armed convoy of Somali police were at the scene," Farah Abdullahi, a shopkeeper, told Reuters from Afgoye.

"We saw casualties being carried away, but we couldn't make out if they were dead or injured."

The Turkish Ministry of Defense condemned the attack, saying Turkey will continue to stand next to Somali people in the fight against terrorism.

It was not known who carried out the attack but residents and police said al-Shabaab terrorists had tried to attack Afgoye late on Friday before being repulsed. The al-Qaida-linked group has claimed responsibility for past attacks in its campaign to topple Somalia's U.N.-backed government.

Turkish engineers are helping with road construction in Somalia. A group of engineers was among those hit in late December in a blast at a checkpoint in Mogadishu that killed at least 90 people. Two Turkish nationals were killed in the attack.

Since a 2011 famine struck Somalia, Turkey has been a major source of aid to the country. Turkey has invested heavily in Somalia, with technical and development assistance exceeding $1 billion, according to the Turkish government. Turkish companies run the international airport and seaport in Mogadishu, and in 2016 the Turkish president inaugurated Turkey's largest embassy complex in the world there.

The attack came amid an ongoing surge in al-Shabaab attacks. On January 5, terrorists stormed a military base used by U.S. forces in Kenya's coastal Lamu region, killing three Americans.

Last week, al-Shabaab warned that Kenya will "never be safe", threatening tourists and calling for more attacks on US interests.

Kenya sent troops into Somalia in 2011 as part of an African Union peacekeeping mission fighting against al-Shabaab, and has seen several brutal retaliation attacks both on its troops in Somalia and civilians in Kenya.