Mercenaries fighting for Libya's Haftar reveal themselves on social media 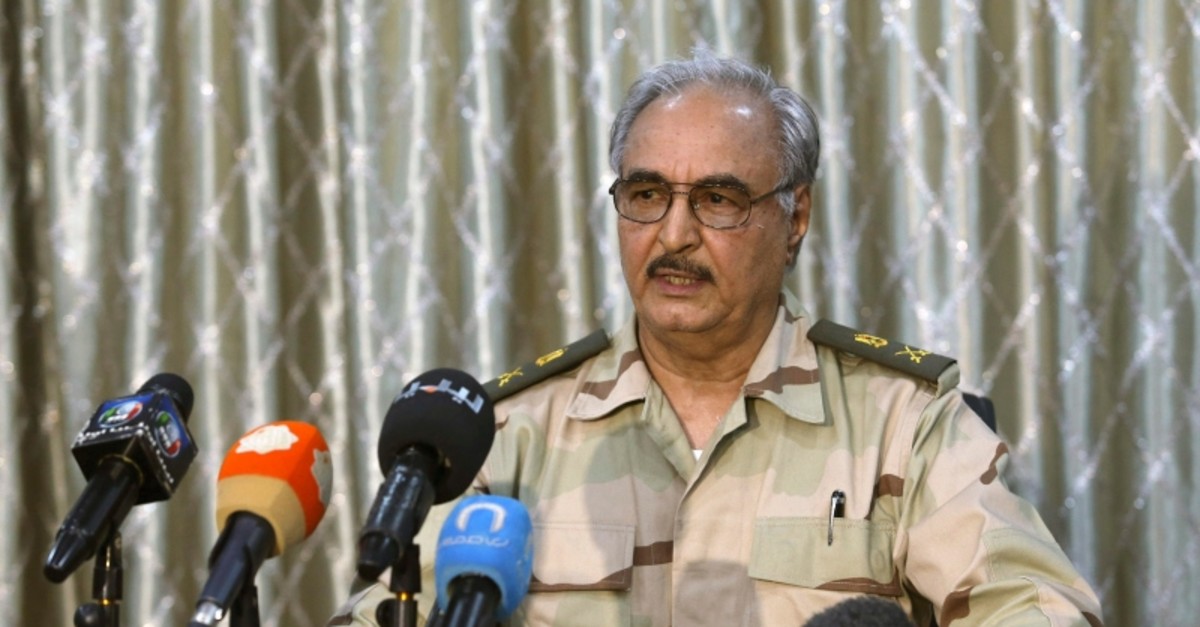 The mercenaries that have been brought from Chad, Sudan and Russia to fight alongside Libyan putschist Gen. Khalifa Haftar are disclosing themselves despite attempts to deny their existence.

After Haftar's attempts to invade the capital of the U.N.-recognized Government of National Accord (GNA) failed, his supporters, namely the United Arab Emirates and Russia, rolled their sleeves up to help him in his campaign.

So far, the Janjaweed militia from Sudan, which carried out the fearsome slaughter campaign in Darfur in the 2000s, and mercenaries from Chad have participated in the war in Haftar's ranks.

Videos on social media clearly show that the African militia members are speaking a different language and not speaking Libyan Arabic.

According to a recent report of Bloomberg, Wagner brought 1,400 mercenaries and 25 Russian pilots to train Haftar forces in Libya. In October 2019, the GNA announced that 35 Wagner mercenaries were killed in an airstrike in southern Tripoli. Russian Meduza website confirmed the information, stating that most of the killed militia were from Russia's Krasnodar, Sverdlovsk and Murmansk regions.

On Jan. 12, the conflicting parties in Libya announced a cease-fire in response to a joint call by Turkey and Russia's leaders, but talks for a permanent cease-fire ended without an agreement after Haftar left Moscow Jan. 14 without signing the deal.

Meanwhile, Russia on Wednesday blocked a U.N. draft resolution on Libya due to the inclusion of the word "mercenary" in the text, diplomats said, casting doubt that a Security Council vote will occur by the week's end.

"There are a few sections in the resolution that are of concern," Russian ambassador to the U.N. Vassily Nebenzia told reporters following a Security Council meeting.

"We decided to continue our discussions with others," he said.

Russia had already halted the approval process that would have allowed for a vote on the text Thursday or Friday.

While the British resolution states "concern over the growing involvement of mercenaries in Libya," Moscow wants the word changed to "foreign terrorist fighters."

"Talks continue," said British ambassador to the U.N. Karen Pierce. "We would like as far as possible to have unity in the text."

She said that a vote as soon as possible was requested by U.N. chief Antonio Guterres, and she reminded all parties that two and a half weeks had passed since a Jan. 19 international summit in Berlin on the matter.

The Security Council has been unable to reach a resolution over the past 10 months during an ongoing assault by Haftar to seize Tripoli, the GNA's base.