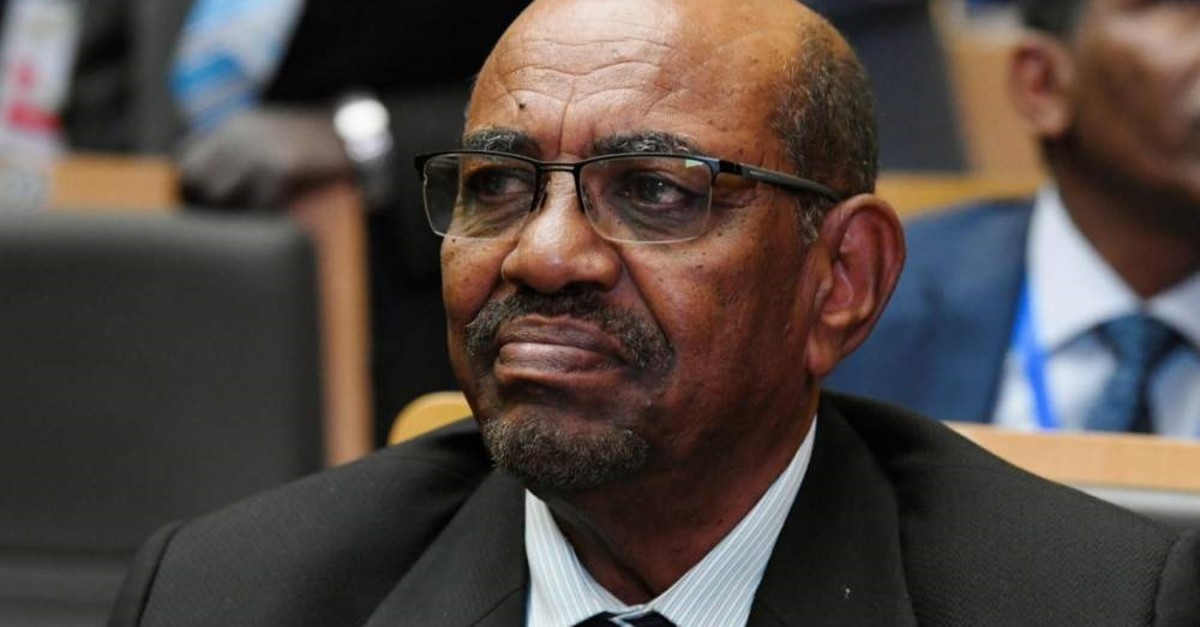 Former Sudanese President Omar al-Bashir attends the opening of the Ordinary Session of the Assembly of Heads of State and Government, Addis Ababa, Jan. 28, 2018. (AFP Photo)
by Compiled from Wire Services Feb 11, 2020 10:56 pm

Sudan's ousted leader, Omar al-Bashir, refuses to deal with the International Criminal Court (ICC) as it is a "political court" and Sudan's judiciary is able to deal with any case, one of his lawyers told Reuters on Tuesday.

Earlier, Sudan's government and rebel groups in the western region of Darfur agreed that all those wanted by the ICC should appear before the tribunal, Information Minister Faisal Saleh said, without mentioning al-Bashir's name. Mohammed Hassan al-Taishi, a member of the Sovereign Council and a government negotiator, did not say when they would transfer al-Bashir or others wanted by the court, and the transitional administration would need to ratify the ICC's Rome Statute to allow for the transfer of the former president to The Hague.

Al-Bashir, who was overthrown by the military last year amid a public uprising, is wanted by the ICC on charges of crimes against humanity and genocide related to the Darfur conflict. Since his ousting in April, he has been in jail in Sudan's capital, Khartoum, on charges of corruption and killing protesters.

The ICC first charged al-Bashir with involvement in crimes in Darfur on March 4, 2009, and again on July 12, 2010. His case marked the first time the global court had charged a suspect with genocide. Al-Bashir faces three counts of genocide, five of crimes against humanity and two of war crimes for allegedly leading the deadly crackdown by government forces and Janjaweed militia on the Darfur region starting in 2003.

Along with al-Bashir, the ICC has indicted two other senior figures in his regime, Abdel-Rahim Muhammad Hussein, who was interior and defense minister during much of the conflict, and Ahmed Haroun, a senior security chief at the time who last month was named by al-Bashir to run the ruling National Congress Party.