Sudan to pay $30M to families of USS Cole victims 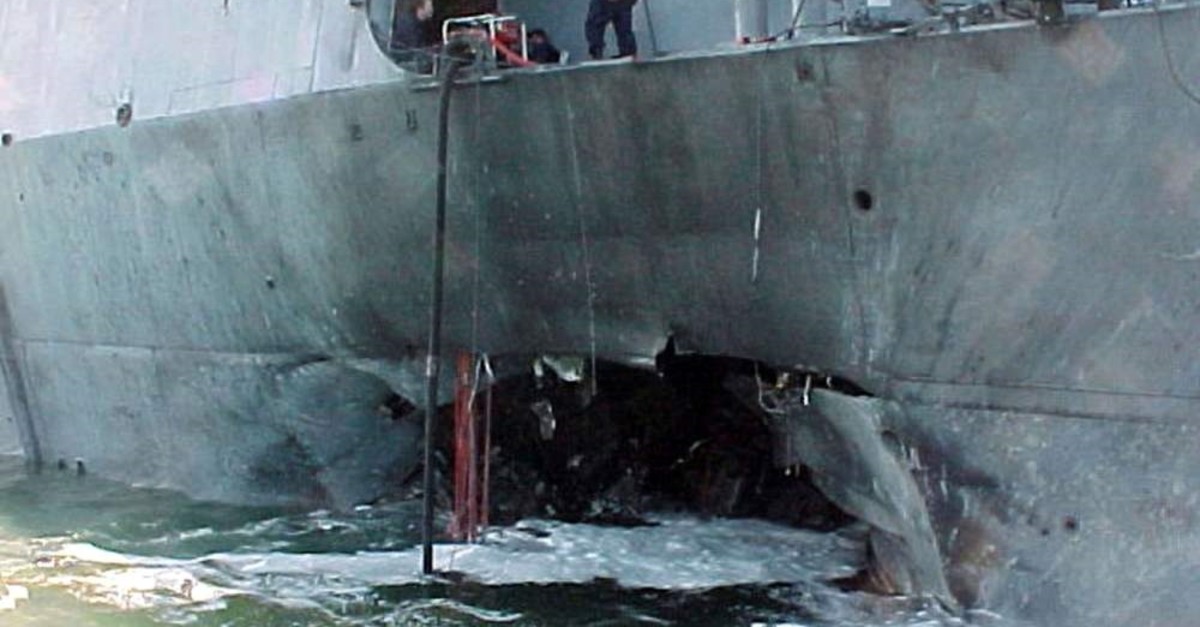 The port side damage to the guided missile destroyer USS Cole is pictured after a bomb attack during a refueling operation in the port of Aden, Oct. 12, 2000. (REUTERS Photo)
by Compiled from Wire Services Feb 13, 2020 6:34 pm

Sudan's transitional government said Thursday it has reached a settlement with families of the victims of the 2000 attack on USS Cole in Yemen as part of the government's bid to be taken off the U.S. terrorism list. The settlement is the latest step from Khartoum to establish relations with the West.

The report said the settlement had been signed on Feb. 7. It did not mention the amount paid in compensation, but a source with knowledge of the deal, speaking on condition of anonymity, said Sudan had agreed to settle the case for $30 million.

Earlier this week, Sudan's provisional rulers said they had agreed to hand over longtime autocrat Omar al-Bashir to the International Criminal Court to face trial on charges of war crimes and genocide during the fighting in the western Darfur region. Also, Sudan's interim leader, Gen. Abdel-Fattah Burhan, earlier this month met in Uganda with Israeli Prime Minister Benjamin Netanyahu, who announced that Israel and Sudan would normalize relations. The meeting sparked outrage in Sudan since the Sudanese people are unhappy with the fundamental change in foreign policy. Moreover, the Sudanese administration has been unable to decide unanimously on whether to have relations with Israel or not.

At the time of the Oct. 12, 2000, attack in the Yemeni port of Aden that killed 17 sailors and wounded more than three dozen others, Sudan was accused of providing support to al-Qaida, which claimed responsibility for the attack.

Removal from the U.S. terror list will end Sudan's economic isolation and will allow it to attract much-needed loans from international financial institutions in order to rebuild the economy after the popular uprising last year that toppled al-Bashir and installed the joint civilian-military sovereign council. The new Sudanese rulers say they were not responsible for the attack on USS Cole and that they had negotiated the deal out of their desire "to resolve old terror claims inherited from the ousted regime" of al-Bashir.