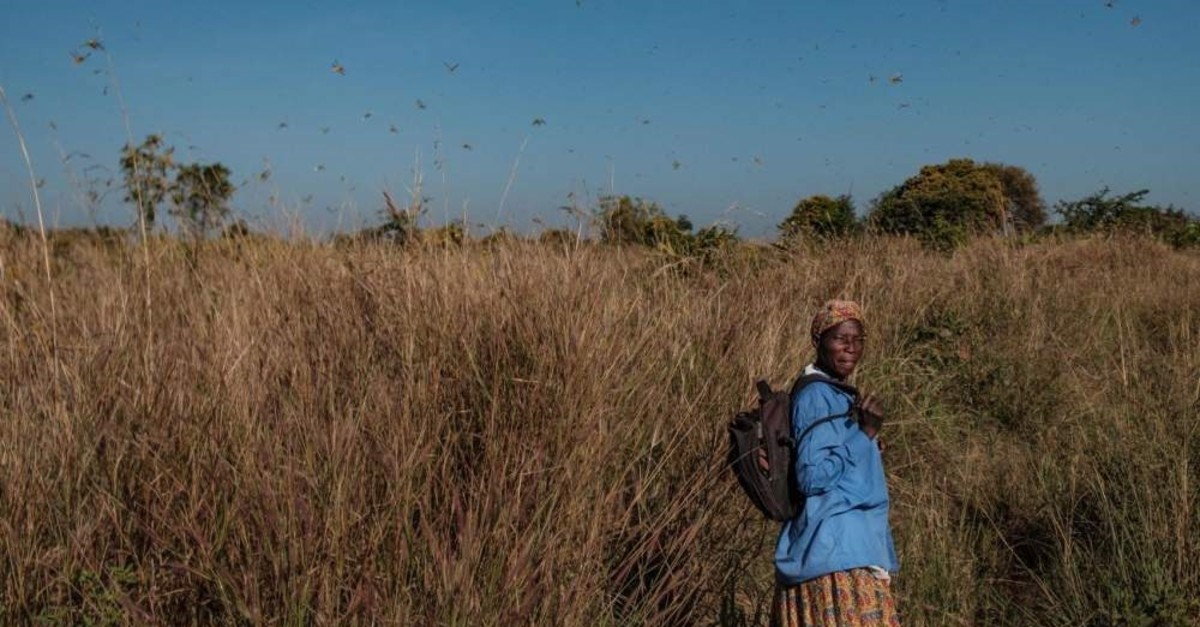 The worst locust plague to hit East Africa in 70 years has reached South Sudan, a country where roughly half the population already faces hunger after years of civil war, officials announced Tuesday. The locusts crossed into southern Magwi County, on the border with Uganda, Minister Anyoti Adigo Nyikwach said.

The soil in South Sudan's Eastern Equatoria has a sandy nature that allows the locusts to lay eggs easily, said Meshack Malo, a country representative with the U.N. Food and Agriculture Organization (FAO). At this stage "if we are not able to deal with them... it will be a problem," he said.

Hundreds of millions of the voracious insects have swept across Ethiopia, Somalia and Kenya in what the U.N. has called the worst outbreak in a quarter of a century, with Uganda, Eritrea and Djibouti also affected. Authorities in those countries are already carrying out aerial spraying of pesticides, but experts say the scale of the infestation is beyond local capacity as desert locusts can travel up to 150 kilometers in a day. The insects have exploited favorable wet conditions after unusually heavy rains, and experts say climate change is expected to bring more of the same. The locust infestations were also seen in other parts of the world. Earlier this month, Pakistan declared a national emergency to battle swarms of desert locusts which are eating crops on a large scale and raising the risk of food insecurity.

South Sudan is even less prepared than other countries in the region for a locust swarm, and its people are arguably more vulnerable. More than 5 million people are severely food insecure, the U.N. humanitarian office says in its latest assessment, and some 860,000 children are malnourished. At least 2,000 locusts have crossed the border, Malo said. During each three-month breeding cycle, a single locust can produce 20 more, giving rise to the massive swarms that are now threatening crops on both sides of the Red Sea.