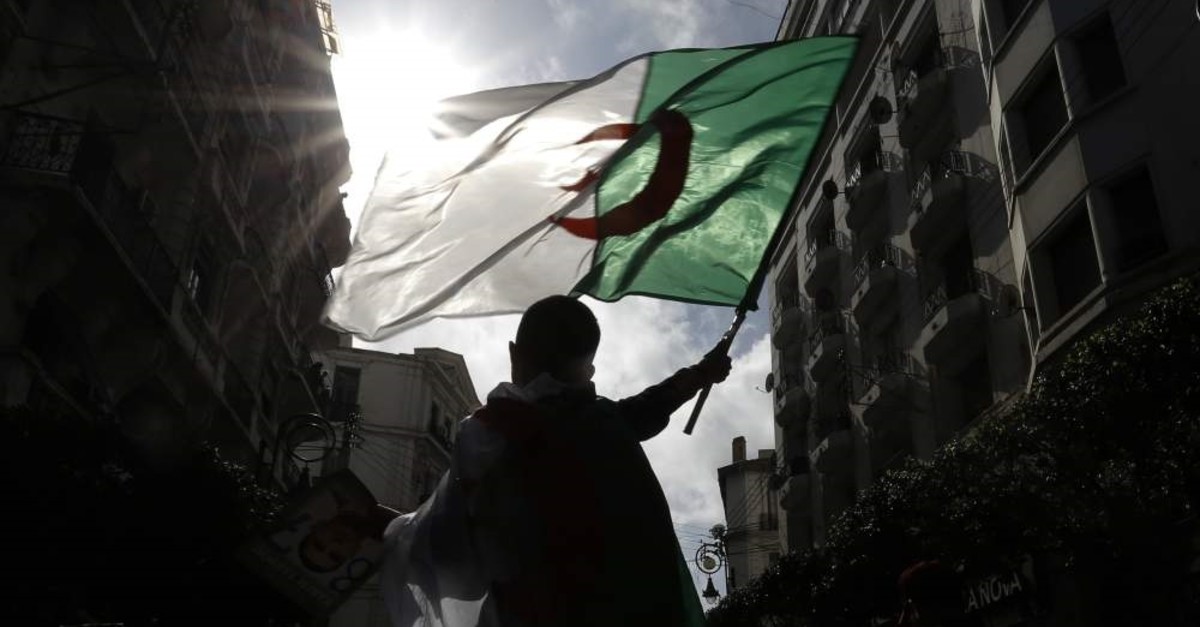 Thousands of Algerians take to the street to commemorate the first anniversary of the popular protests in Algiers, Algeria, Friday, Feb. 21, 2020. (AP Photo)
by French Press Agency - AFP Feb 22, 2020 10:53 pm

Algerian riot police used water cannons to disperse demonstrators who on Saturday marked the first anniversary of a protest movement that seeks an overhaul of the political system.

Several thousand people gathered in the capital Algiers shouting "the people want the fall of the regime" and "we have come to get rid of you," referring to the country's rulers, Agence France-Presse (AFP) reporters said.

"No to military power, civil not military state" was written on one banner, referring to the authority exercised by the army's high command since independence from France in 1962.

But when demonstrators tried to march toward the presidential palace, anti-riot police used water cannons to push them back toward the main post office – the starting point for the rally – reporters said.

The protest was dispersed by police in the late afternoon and a few people were briefly detained before being released, the reporters added.

Mass protests first erupted on Feb. 22 last year, in response to President Abdelaziz Bouteflika announcing he intended a run for a fifth term – despite being debilitated by a 2013 stroke.

Less than six weeks later, he stepped down after losing the support of the then-army chief in the face of enormous weekly demonstrations.

Despite hordes – diplomats said "millions" – then turning out after Bouteflika's fall to demand an overhaul of the entire system, the military maintained a political stranglehold in the months that followed.

Police had deployed heavily around the post office in central Algiers on Saturday, as people responded to calls on social media to celebrate the first anniversary of the "Hirak" protest movement.

Friday had seen the 53rd straight weekly demonstration, with citizens flooding the streets of Algiers and numerous other cities across the country.

Even as the unprecedented movement has thinned in numbers since December, protesters still turn out in droves on a weekly basis.

President Abdelmadjid Tebboune, a former prime minister under Bouteflika who was elected in December, had recently claimed that "things are starting to calm" in the streets and that "the Hirak got almost everything it wanted."