US halts relations with Russia 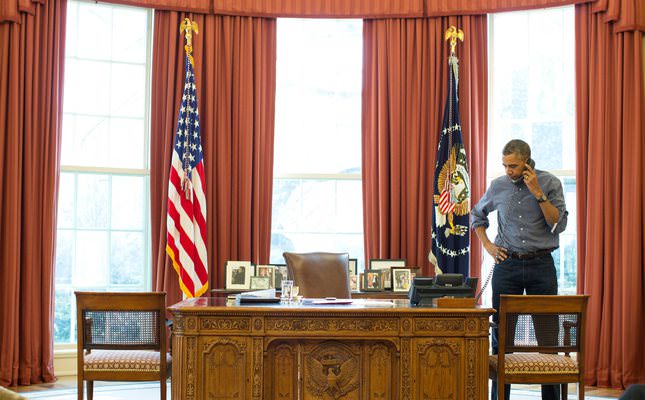 Washington suspends trade and investment talks, holds military exercises seeking ways to punish Moscow over its intervention in Ukraine without escalating the crisis

Washington DC (Reuters) - The United States has put trade and investment talks with Russia on hold and suspended all military including military exercises and port visits arrangements as a rebuke for Russia's incursion into Ukraine, a U.S. official said on Monday.

"We have suspended upcoming bilateral trade and investment engagement with the government of Russia that were part of a move toward deeper commercial and trade ties," a spokesman for the Office of the U.S. Trade Representative said.

The announcement from the Pentagon came hours after President Barack Obama warned the U.S. government will look at a series of economic and diplomatic sanctions that would isolate Moscow. The United States also put trade and investment talks with Russia on hold.

"We call on Russia to de-escalate the crisis in Ukraine and for Russian forces in Crimea to return to their bases," Pentagon spokesman Rear Admiral John Kirby said in a statement.

The U.S. military does not take such steps lightly and took no such action, for example, last year during turmoil in Egypt that saw the army topple the country's first freely elected leader. Military-to-military contacts help bridge gaps between nations and reduce chances of misunderstandings, officials say.

"For us to cancel them is a major statement," said retired Army Brigadier General Kevin Ryan, a former defense attache at the U.S. embassy in Moscow and now director of the Defense and Intelligence Project at Harvard University's John F. Kennedy School of Government.

Kirby said that although the Defense Department found "value" in military-to-military relations with Russia, "we have, in light of recent events in Ukraine, put on hold all military-to-military engagements." Its suspension also applied to bilateral military meetings and planning conferences, he said.

Still, the decision does not severe all ties and top-level dialogue could continue, leaving open the possibility of more calls like the one Defense Secretary Chuck Hagel had on Saturday with Russian Defence Minister Sergei Shoigu.

Hagel warned at the time that Russia's intervention risked an escalation that could threaten European and international security. One U.S. official, speaking on condition of anonymity, described Shoigu as terse in the call.

Despite an international outcry over actions in Ukraine, Putin has shown little sign of backing down, and Russia has built up armored vehicle presence near Crimea and staged military maneuvers in what appears to be a show of strength.

U.S. officials have dismissed the possibility of military options, which could further escalate the standoff, and the Pentagon appeared at pains to quash any speculation the U.S. armed forces were poised to get involved.

"Some media outlets are speculating on possible ship movements in the region. There has been no change to our military posture in Europe or the Mediterranean," Kirby said.