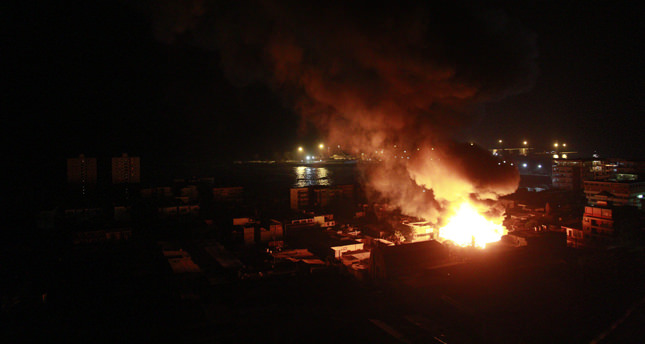 There were no immediate reports of casualties or major damage on shore, but warnings and advisories were issued for coastal areas up South and Central America's huge Pacific coast. 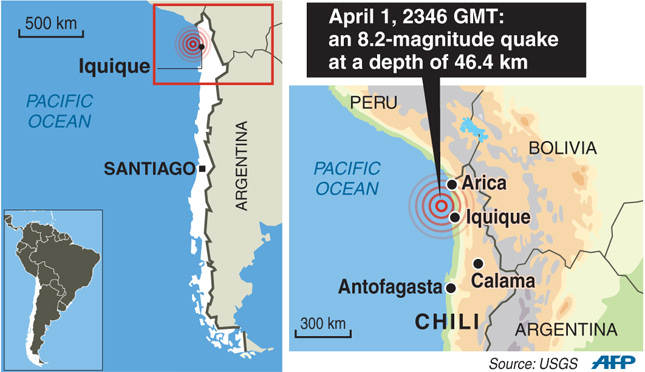 The Hawaii-based Pacific Tsunami Warning Center issued an alert for residents living along more than 3,000 miles (4,800 kilometres) of coastline and in several countries.

It said waves of more than six feet (two meters) had been generated.

Chilean authorities and their Ecuadoran and Peruvian counterparts also issued warnings and Chile ordered people along the coast to move to higher ground. 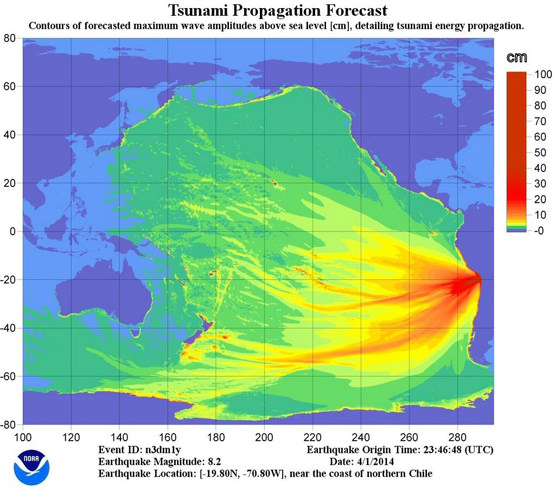 Ecuador later reduced its alert from red to amber but maintained the higher level of vigilance on the exposed Galapagos Islands out in the Pacific.

Tremors were felt as far inland as Bolivia, and the quake was followed by a weaker 6.2 magnitude aftershock.

Ricardo Toro, of Chile's National Emergency Office, said: "The Hydrographic and Oceanographic Service of the Navy provides for the evacuation of the entire coastline of Chile."

He said the first waves of the tsunami had reached Pisagua, on the northern coast, and were expected to travel south over five hours.

"The street lights were busted, people ran terrified. After the earthquake there were several aftershocks," Veronica Castillo told AFP from Arica, 1,000 miles north of the Chilean capital Santiago.

The rush to evacuate to higher and safer areas caused traffic jams, but no cuts in telephone service or drinking water were reported. There were power outages in some areas. 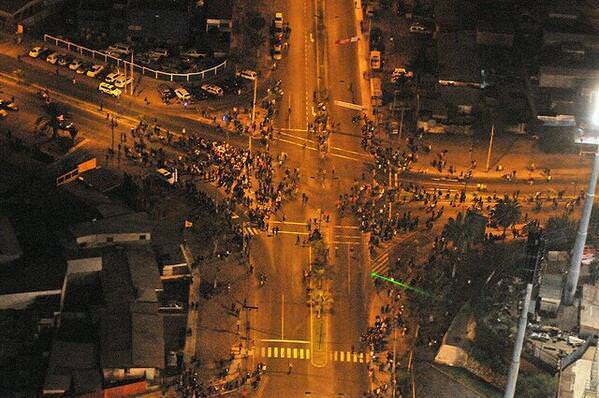 PHOTO: Evacuations after the quake in Iquique, Chile

Chile's Deputy Interior Minister Mahmud Aleuy reported that in Iquique the sea had withdrawn 2.5 meters from the coast, a prelude to the arrival of a dangerous surge.

"Everyone along our coast should be alert and ready," Ecuadoran President Rafael Correa said on Twitter.

In Peru, the southern coastal area was also put on alert while roads along the coast were closed, said the mayor of the capital, Susana Villaran.

"This is a warning for the population to take all precautionary measures," Peruvian naval commander Colbert Ruiz told AFP.

"An alert means being on watch but does not confirm the arrival of a tsunami," he said. "So far, there is nothing."

The Pacific Tsunami Warning Center also issued a warning for Colombia and Panama, and "watches" for at least six other countries.

Chile is one of the most seismically active countries in the world, and a large earthquake has long been expected in the north of the country.

In February 2010, central and southern Chile were hit by a powerful earthquake of 8.8-magnitude followed by a tsunami that devastated dozens of towns.

The quake left more than 500 dead and $30 billion in damage to infrastructure.

The same coastal area has been the scene of numerous quakes in recent days.