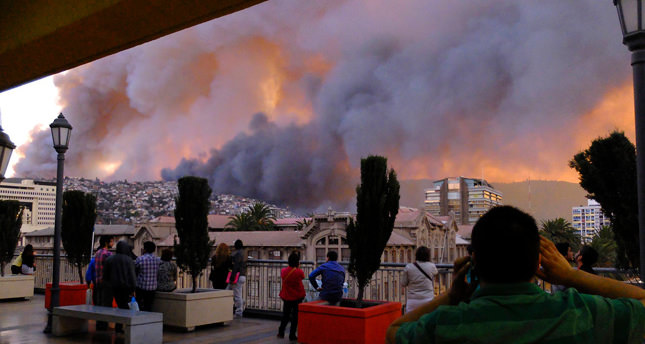 by reuters
Apr 13, 2014 12:00 am
VALPARAISO, Chile — At least eight people were killed and 500 houses destroyed over the weekend by a fire that ripped through parts of Chilean port city Valparaiso, causing the evacuation of thousands of residents as authorities battled the blaze.

Pushed by strong Pacific coast winds, the fire killed three men and one woman as it rampaged over 300 hectares (741 acres) of hilly residential neighborhoods including La Cruz and Las Canas, local authorities said.

The country's Congress, which resides in Valparaiso, and the city's historic quarter, with its late 19th century architecture, were spared by the blaze.

President Michelle Bachelet declared a state of emergency and sent the army in to maintain order while ambulance crews treated people for smoke inhalation and other injuries.