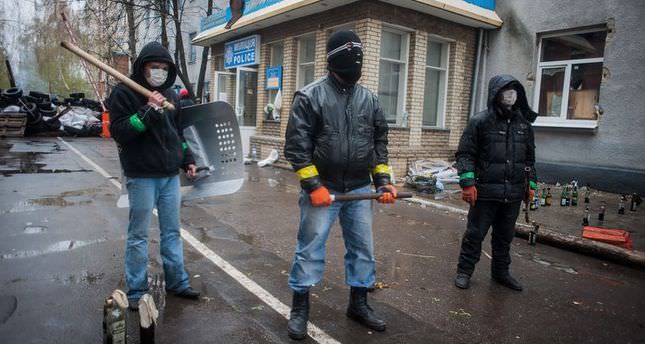 by Anadolu Agency
Apr 14, 2014 12:00 am
WASHINGTON — The United States prepared to step up sanctions against Moscow if pro-Russian military actions in eastern Ukraine continue, a senior U.S. envoy said on Sunday, but it is unclear whether new measures will win European support or slow the Russian-backed separatist revolt.

The next round of U.S. sanctions, which would be the fourth imposed since the Ukraine crisis began, is likely to target Russians close to Putin as well as Russian entities, three sources familiar with the discussions said on Sunday.

However, they will not necessarily target entire Russian business sectors such as mining, banking and energy, the sources said, adding that the situation was fluid.

Meanwhile, The United Nations security council held an emergency session on Sunday night to discuss the escalating crisis in Ukraine as the war of words between its western allies and Russia continued.

The United States on Friday imposed sanctions on a Crimea-based gas company, Chernomorneftegaz, effectively putting it off limits to Russia's state-controlled Gazprom, which was expected to bid for a stake in the company.

The move, along with penalties on six Crimean separatists and a former Ukrainian official, is the third round of U.S. sanctions since the Ukraine crisis erupted.