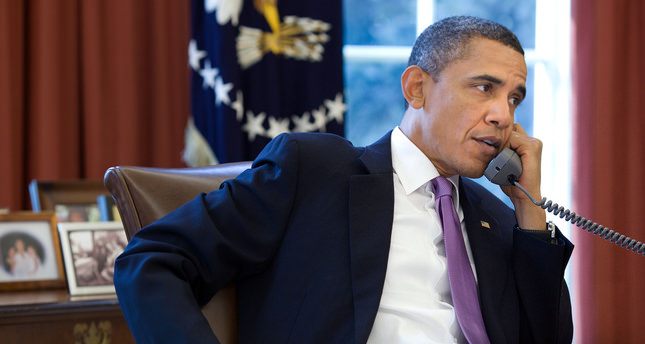 by reuters
Apr 15, 2014 12:00 am
WASHINGTON D.C. — U.S. President Barack Obama told Russian President Vladimir Putin on Monday that Russia's actions in Ukraine were not conducive to a diplomatic solution of the crisis in that country, and the White House warned that Moscow would suffer further costs for its behavior.

Obama spoke to Putin at the Russians' request, a senior administration official said, describing the call as "frank and direct," a diplomatic construction that usually means tense.

The European Union agreed on Monday to step up sanctions against Moscow by expanding a list of people subjected to asset freezes and visa bans.

The next round of U.S. sanctions, which would be the fourth imposed since the Ukraine crisis began, is likely to target Russians close to Putin as well as Russian entities, three sources familiar with the discussions said on Sunday.