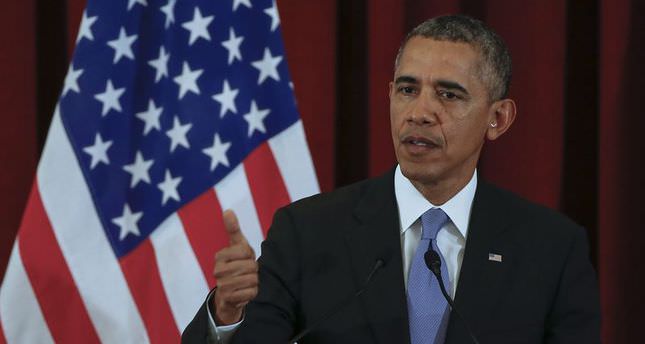 by French Press Agency - AFP
Apr 28, 2014 12:00 am
KUALA LUMPUR — US President Barack Obama interrupted his diplomatic initiative in Asia Sunday to condemn "ignorant" and "incredibly offensive" racist remarks allegedly made by the owner of the NBA Los Angeles Clippers.

Obama took aim at the reported comments by Clippers owner Donald Sterling and said he was confident the National Basketball Association would address the controversy.

The president, speaking in Malaysia, said the statements were "incredibly offensive" and "racist".

Obama said the NBA was beloved by fans across the United States, had many African American players and was steeped in the community's culture.

'Not to bring black people to Clippers games'

Clippers owner Sterling was allegedly the speaker on an audio recording posted on TMZ's website. It caught a man arguing with a woman about her posting of pictures with African Americans on the Internet and asking her not to bring black people to Clippers games.

"You can sleep with (black people). You can bring them in. You can do whatever you want. The little I ask is not to promote it on that... and not to bring them to my games."

The comments provoked outrage in the United States and NBA Commissioner Adam Silver — whom Obama described as a "good man" -- said the league would conduct an investigation.

Obama was in Kuala Lumpur on the third stop of a four-nation Asian tour which started in Japan, went on to South Korea and Malaysia and will end in the Philippines on Tuesday.