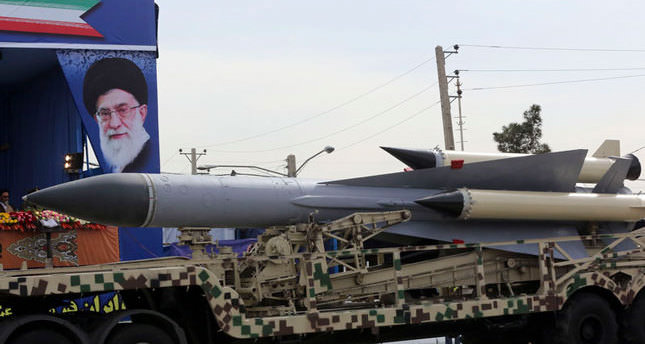 The United States offered a reward of up to $5 million on Tuesday for a Chinese businessman accused of supplying missile parts to Iran, and targeted companies from China and Dubai for allegedly helping Iran evade weapons and oil sanctions. In a signal Washington will keep pressure on Iran over its nuclear program, the U.S. Treasury Department said it was sanctioning eight of Chinese businessman Li Fangwei's Chinese companies for allegedly procuring missile parts for Iran.

The U.S. State Department said it was offering a reward of up to $5 million for information leading to the arrest and/or conviction of Li, who is also known as Karl Lee. Li has been the target of U.S. sanctions in the past for his alleged role as a principle supplier to Iran's ballistic missile program. The State Department said the announcement of the bounty for Li was coordinated with Treasury and the Justice Department, which unsealed an indictment against him on charges including conspiracy to commit money laundering, bank fraud, and wire fraud.

"According to the Indictment, he (Li) controls a large network of front companies and allegedly uses this network to move millions of dollars through U.S.-based financial institutions to conduct business in violation of the International Emergency Economic Powers Act (IEEPA) and the Weapons of Mass Destruction Proliferators Sanctions Regulations, which prohibit such financial transactions," the State Department said in a statement. Treasury also said it was targeting a firm based in Dubai and several associated individuals for helping Iran evade U.S. sanctions against its oil industry. Iran and a group of world powers reached a temporary deal in November under which Tehran would get about $7 billion in sanctions relief in return for steps to restrain its nuclear activities.

The deal called for negotiation of a full agreement within a year, and Treasury said on Tuesday it was still pressing for a more definitive resolution. "We will continue vigorously to enforce our sanctions, even as we explore the possibility of a comprehensive deal addressing Iran's nuclear program," Treasury Under Secretary David Cohen, who oversees sanctions policy, said in a statement. A United Nations report said earlier this month that Iran has acted to cut its most sensitive nuclear stockpile by nearly 75 percent, making clear Tehran is undertaking the agreed steps to curb its nuclear program.

A U.S. official, however, told Reuters last month Iran had pursued a longstanding effort to buy banned components for its nuclear and missile programs in recent months, even while it was striking an interim deal with major powers to limit its disputed atomic activity. Vann Van Diepen, principal deputy assistant secretary of state for international security and non-proliferation, added that Li had continued to supply such items despite U.S. pressure on China to tighten export controls.

Contacted by Reuters on Feb 4, 2013, for an earlier story about his business, Li said he continued to get commercial inquiries from Iran but only for legitimate merchandise. Li said his metals company, LIMMT, had stopped selling to Iran once the United States began sanctioning the firm several years ago. China has said that it is very clear in its stance on non-proliferation and that it has seriously fulfilled its obligations to U.N. resolutions about export controls.