Woman banned from entering US based on name 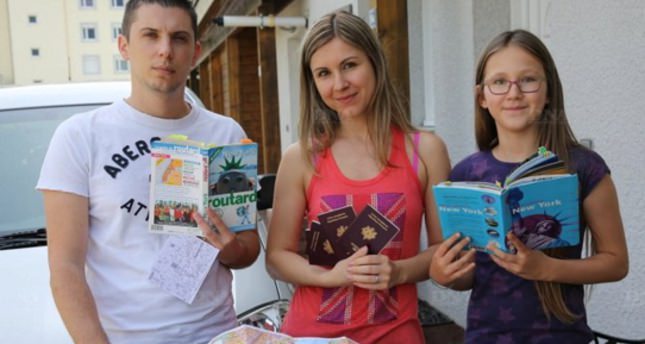 by daily sabah
Apr 29, 2014 12:00 am
ISTANBUL — A 33-year-old French woman Alic Aida, who was flying to New York via Switzerland for a holiday with her family was told she will not be allowed entry to the United States, "as the English pronunciation of her name resembled al-Qaeda." Aida was obstructed from getting on a New Yorkbound plane in Geneva, Switzerland without an explanation. The mother of two children, Alic, who is of Yugoslav origin noted, "My surname comes before my name in the passport, thus it sounds like al-Qaeda. My friends often tease me because of this. I am used to it. However, I still cannot believe I was not allowed on the plane just because of my name."According to data compiled in 2012, there are 21,000 people on the so-called "no fly list" to the U.S. Alic - who was born in Bosnia but has French nationality - and her family were forced to cancel their holiday and return to their home.