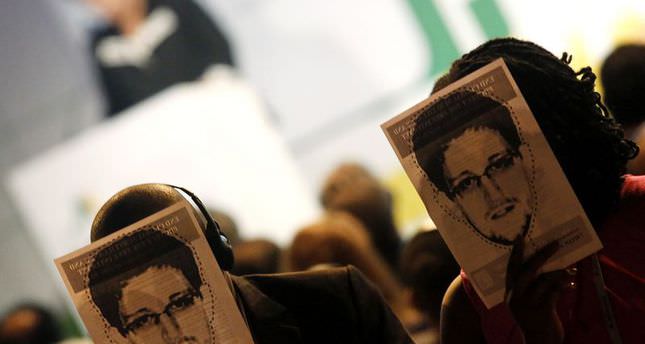 by May 01, 2014 12:00 am
WASHINGTON D.C. — Former National Security Agency contractor Edward Snowden, who fled to Moscow last year after revealing details of massive U.S. intelligence-gathering programs, expects his asylum status in Russia to be renewed before it expires this summer, his lawyer said on Wednesday.

Snowden and documentary filmmaker Laura Poitras, who worked with Snowden to reveal NSA documents he took from his job, were given the Ridenhour Prize for Truth-Telling, an award to promote transparency and whistle-blowing, at a ceremony in Washington on Wednesday.

Snowden appeared on a video link-up from Russia and Poitras appeared from Berlin.
Jesselyn Radack, an attorney for Snowden, said his temporary asylum in Russia will expire at the end of June but that "prospects are good" for it to be renewed.