Deadly MERS virus turns up in U.S. for first time 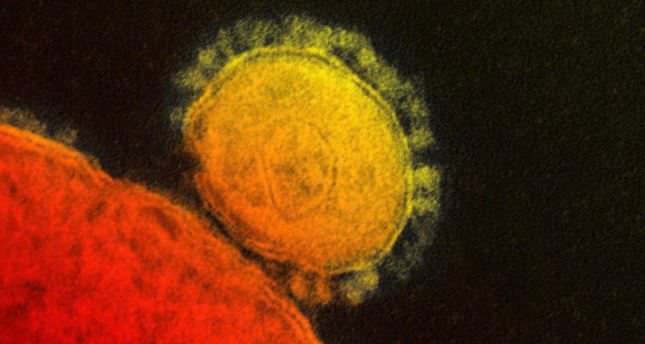 by Associated Press May 02, 2014 12:00 am
WASHINGTON — A deadly virus from the Middle East that causes severe acute respiratory illness has turned up in Indiana in the first known case in the United States. The man fell ill after arriving in the U.S. about a week ago from Saudi Arabia, where he is a health care worker.

The virus — known as MERS, short for Middle East respiratory syndrome — first surfaced two years ago. Since then, the World Health Organization has confirmed 262 cases in 12 countries; 93 of those people died. And there are an additional 100 unconfirmed cases, Assistant Surgeon General Anne Schuchat, who is also the director of the National Center for Immunization and Respiratory Diseases, said at a Friday news conference.

The U.S. case involves a man in Indiana who traveled to Saudi Arabia and returned to the United States through London Heathrow airport to Chicago's O'Hare airport and then to Indiana by bus, the CDC says.

"This is a rapidly evolving situation," Schuchat said. "The introduction of MERS-CoV is another reminder that diseases are just a plane ride away."

The man didn't become ill until he arrived in Indiana. Symptoms can include fever, cough and breathing problems, which can lead to pneumonia and kidney failure. The CDC says the patient is being well cared for, is currently isolated and is in stable condition.

The CDC says the virus has spread from ill people to others through close contact but has not shown to spread "in a sustained way in communities." MERS belongs to the coronavirus family, which includes the common cold and SARS, or severe acute respiratory syndrome, which caused some 800 deaths globally in 2003.

Everyone who came into contact with the patient — on the plane, aboard the bus or in the hospital — is being warned to look for acute respiratory symptoms. No one else has been confirmed to have been infected, but "it's too early to breathe a sigh of relief," Schuchat said. She added that the virus "represents a very low risk to the board general public.

The CDC says the virus likely came from an animal source. In addition to humans, MERS-CoV has been found in camels in Qatar and a bat in Saudi Arabia. There is no vaccine or specific treatment for this virus yet.