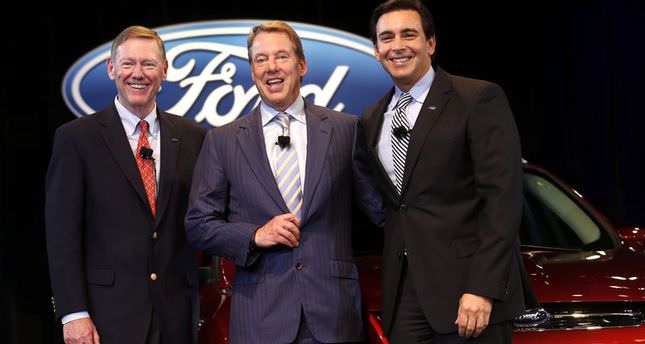 by Anadolu Agency May 02, 2014 12:00 am
U.S. — Mark Fields will take the keys to a Ford Motor Co. that is lean, profitable and a far cry from the near-bankrupt carmaker taken over in 2006 by his predecessor, Alan Mulally.

Fields nonetheless has his job cut out for him. The new chief executive officer will have to follow a CEO lauded by investors for saving an iconic American company from failure, and will face the challenge of steering Ford into an era when Can Mark Fields live up to role
at Ford? cars may no longer need drivers.

Company veteran Fields, 53, will become CEO on July 1 when Mulally retires from his post atop the second-largest U.S. automaker, Ford said yesterday. Fields also will take the board seat occupied by Mulally, the former Boeing Co. executive who navigated Ford through the economic crisis without the bailouts and bankruptcies that befell the predecessors of General Motors Co. and Chrysler Group LLC.

Top on Fields's to-do list will be rolling out a record 23 new models worldwide this year, including an aluminum-bodied F-150 pickup, a technically advanced and difficult-to-build makeover to Ford's top-selling and most profitable model.