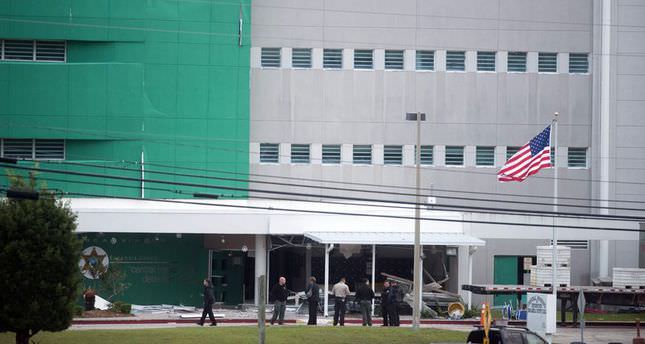 by May 02, 2014 12:00 am
FLORIDA — Two inmates were killed and between 100 and 150 prisoners and guards injured in an apparent gas explosion at a jail in northern Florida late on Wednesday, a county official said. The blast partly leveled the fourstory Escambia County Jail's central booking facility, which held roughly 600 inmates, at about 11 p.m., county spokeswoman Kathleen Castro said.No escapees were reported. The facility, holds about 400 men and 200 women. Injured prisoners were being transported to hospital, with those uninjured being sent to other detention centers in Escambia County and neighboring Santa Rosa County, Castro said. Escambia County is located in the northwestern part of Florida, in the southern United States.